In case you haven't heard about the Great Sandwich War of 2019...well, it's a thing. Because apparently that's what's important in people's lives right now. Not, you know, the fact that the Amazon Rain Forest is burning down, or the political turmoil happening throughout the world. Nope, it's the chicken sandwiches that matter.

Anyway, have a lovely day and enjoy these memes about fried chicken sandwiches! Or whatever! Who cares! 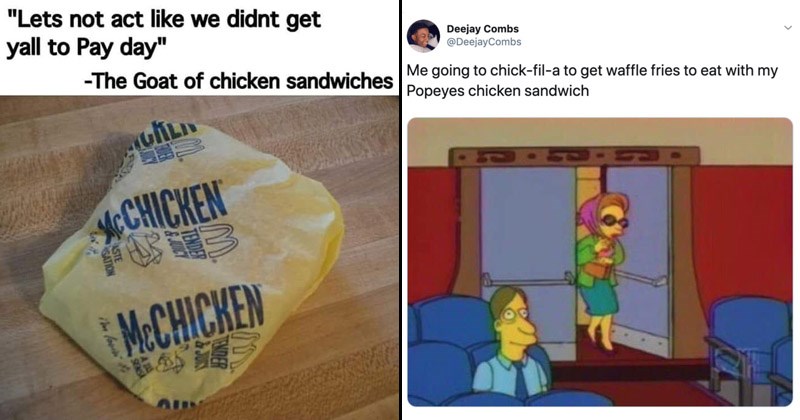 We all get fast food cravings from time to time - it's okay to indulge in it. However, we have to give the disclaimer that if you're trying to eat healthy right now, then these memes aren't going to help you, so now's your chance to click out. You've been warned! 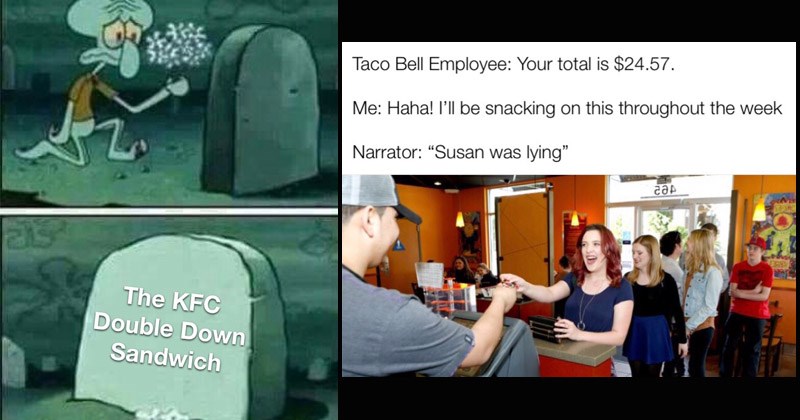 'Chicken Wars' Are Dividing The Public Over Fast Food

Have you ever seen America this divided over something? Aside from the 2016 presidential elections, we think not.

Popeyes and Chick-fil-A came out with a new fried chicken sandwich at the same time and it's created quite the heated debate on Twitter under the hashtag "chicken wars." Even Twitter troll-master Wendy's has gotten in on the roasting, which is a surprise to absolutely no one.

It seems that Twitter has already chosen Popeyes as the winner, but of course you'll have to make the call on your own once you try both! 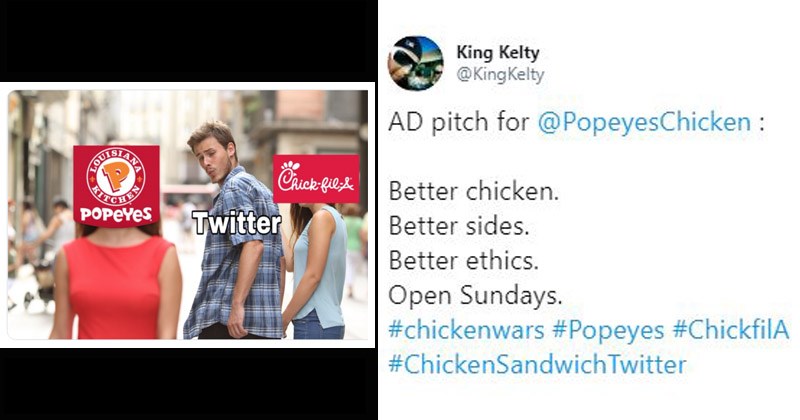 30 Relatively Stupid Sh*tposts To Help You Zone Out

These ain't the smartest memes, but they'll definitely help you turn your brain off. 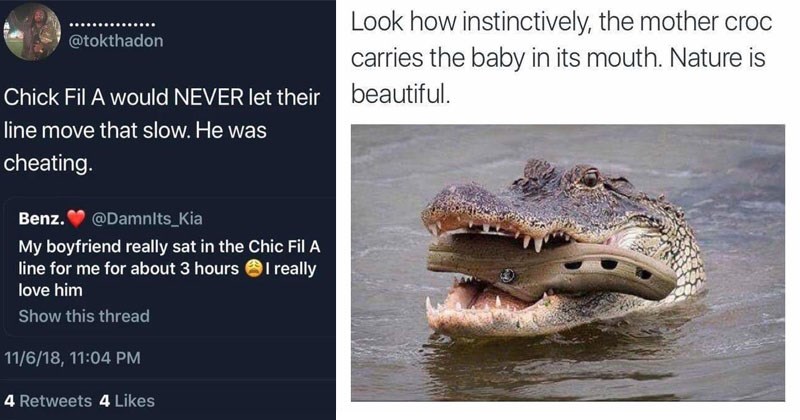 Paparazzi caught a pic of Reese Witherspoon and Meryl Streep on the set of season 2 of their show Big Little Lies recently that's been getting meme'd to shreds. Take a look for yourself! 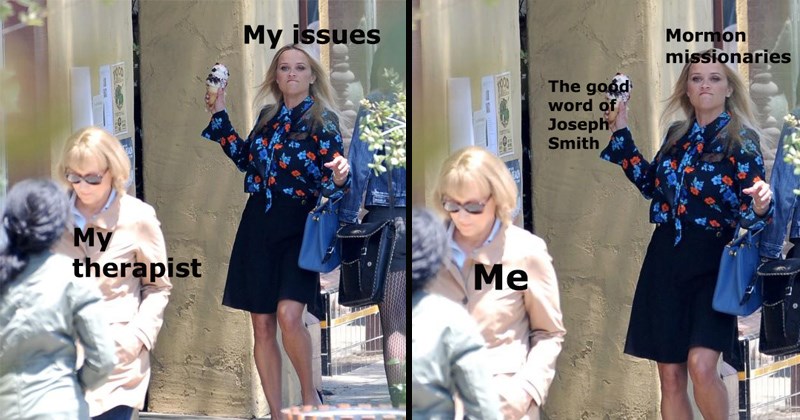 Make way for Power Rangers memes! The Megazord Transformation meme will both transport you back to the early '90s and can describe every small stereotype of things that you love to make fun of! Have at 'em! 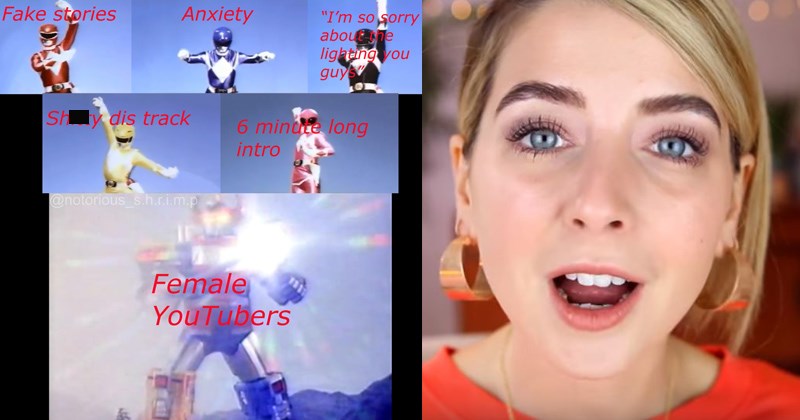 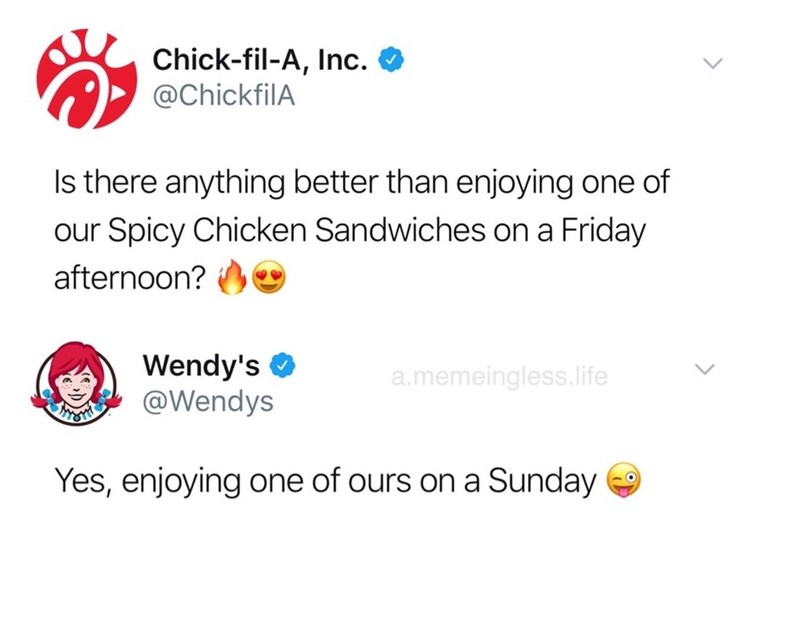 At least we have our comedically gifted fast food twitter in such trying and unpredictable times. Of all the tweets we're about to cruise through, I've gotta pass the MVP award to Wendy's at this point, man. The sheer brutality meets locker-room kind of banter they've had runnin amok across my twitter feed as of late is a solid testament to social media marketing done right. 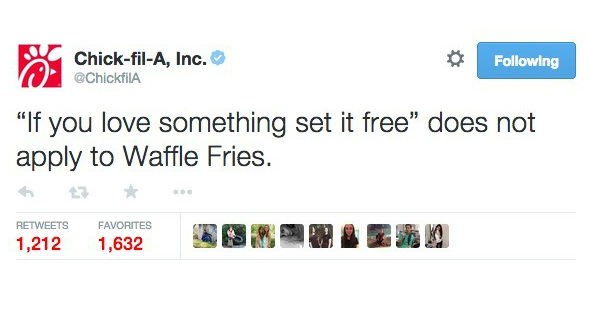 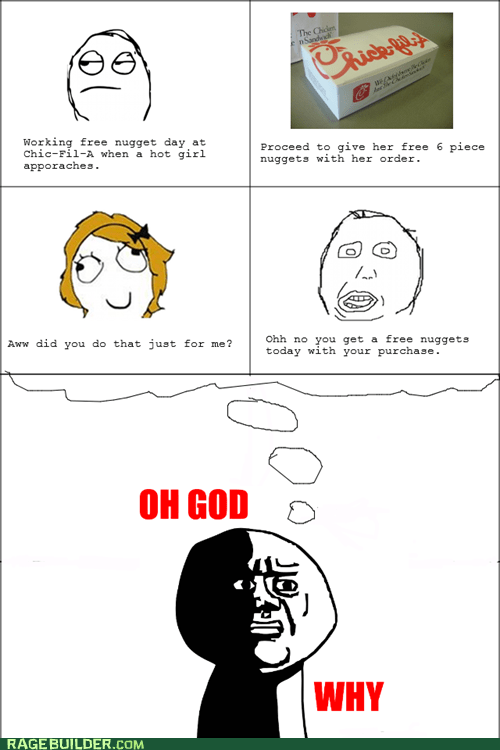 First Sunday, and Now This... 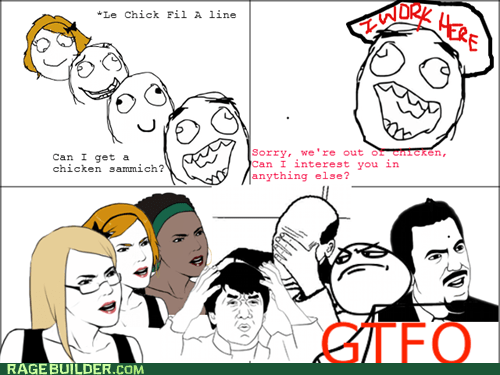 But Our Chicken Substitutes are Unmatched

Relevancy at Its Finest 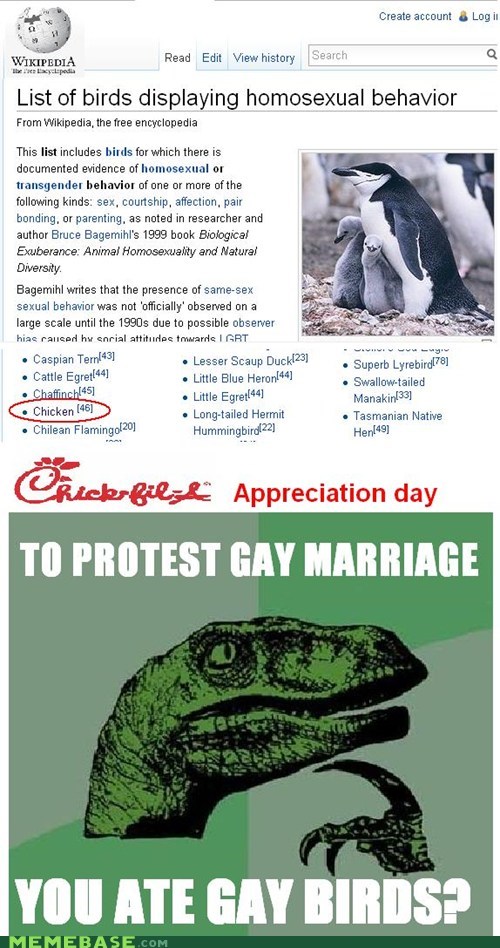 A whole new kind of appreciation...

If Atheism Isn't Evil, How Me a Scientist Learned Terrorism? 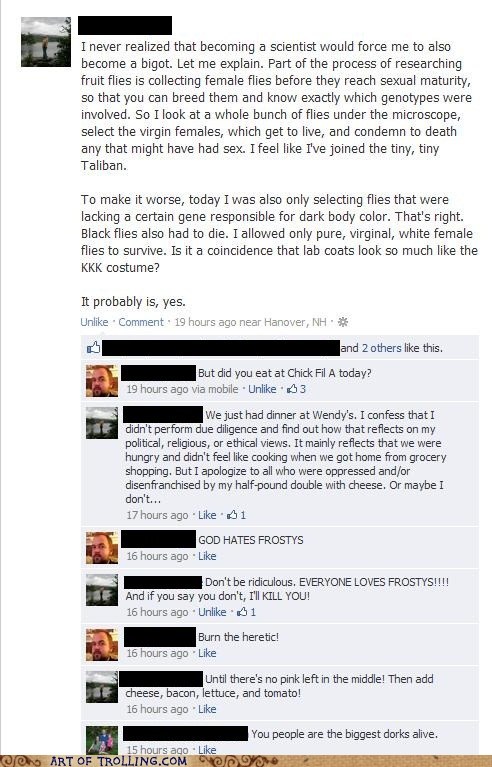 Thou Shall Not Picketh and Chooseth