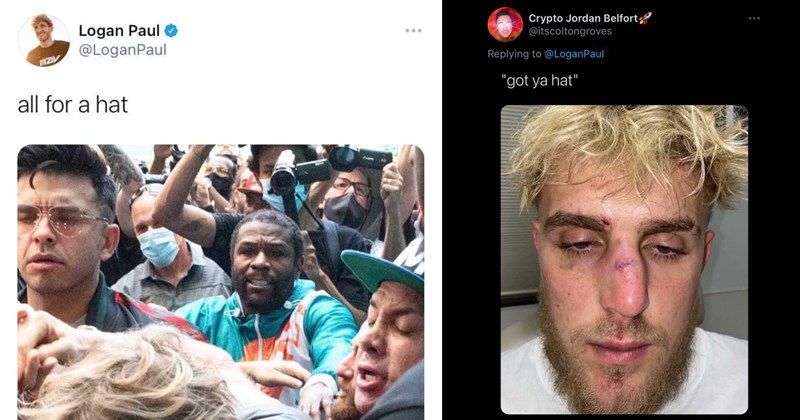 In light of the release of New York Times documentary Framing Britney Spears, many have expressed outrage over the way Britney was dragged by the media and ex-boyfriend Justin Timberlake in the early 2000s. Although the pop stars dated nearly 20 years ago, fans have been newly riled up over the doc and many have since demanded that Justin apologize for his cruelty towards Britney during the fallout of their very public breakup. Back in the aughts, when men could do no wrong and women were disproportionately scrutinized by the media, the public narrative heavily sided with Justin, which arguably contributed to Britney's tarnished image.

On Friday, Justin posted an apology on Instagram, which has only caused Twitter to roast him even harder. Many argued that lumping Janet Jackson and Britney Spears into one screenshot notes app apology was in bad taste, while others mocked him for waiting decades to say sorry. Though some are satisfied with the singer's attempt to hold himself accountable, the general sentiment seems to be that Justin's forced and lackluster apology is too little too late. He's probably scrolling through Twitter as we speak, thinking, 'the damage is done, so I guess I'll be leaving.' 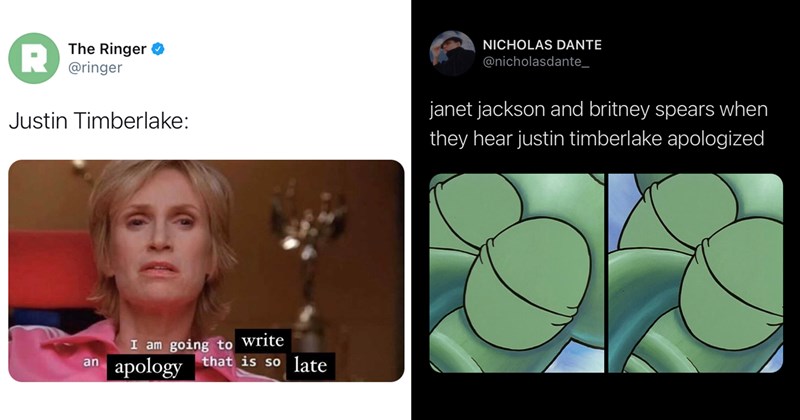 It's officially been a very good week for drama, and it's no surprise that the drama involves notorious sht starter Azealia Banks. The rapper (and seller of intimate soaps) set her beef-hungry sights on pop singer Lana Del Rey after she criticized Kanye West's affinity for Donald Trump in an Instagram post. 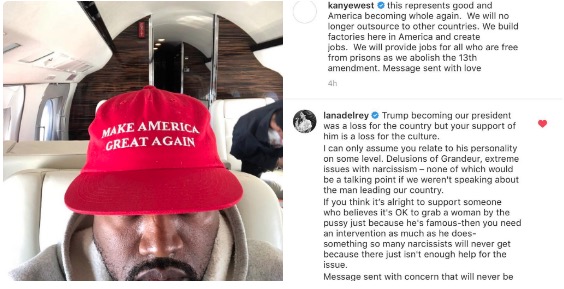 Banks took issue with Lana's denouncement of the rapper and took to Twitter to point out what she believes to be Del Rey's hypocrisy.

"Wow okay Lana, this would be cute if you were consistent with your outrage and refused to collab with ASAP rocky who has physically assaulted women too. To me this just looks like the typical White woman taking using a weakened target to "pretend" to be an ally."

A day later, on October 9th, Lana Del Rey responded in a way that surprised most people - she actually threatened to fight Banks, saying she wouldn't "not f**k" her up, and by telling her to pull up to her address - which Banks is already aware of.

As would be expected, the feud has attracted tons of attention, inspiring memes, tweets, and a whole lot of metaphorical popcorn eating. We hope it doesn't escalate to real violence, but just like the people below - WE. ARE. HERE. FOR. THIS. 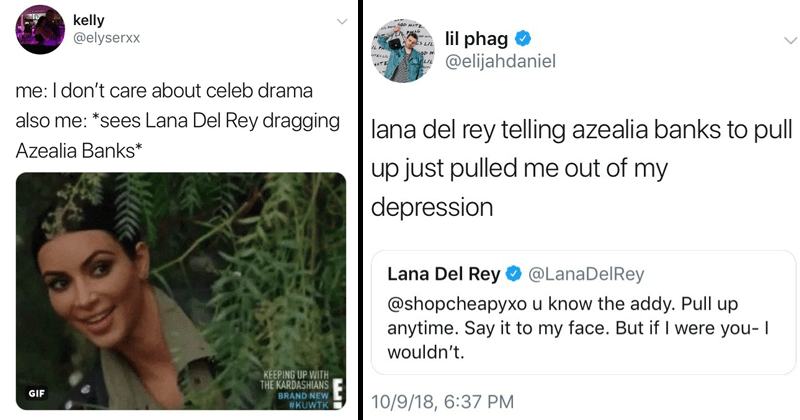