Despite their promises of happiness and celebration, weddings can be fraught affairs. All that organization, money and family politics can mean that emotions are running high before anybody even starts to walk down the aisle. What's even worse, though, is when the day is going well and something random comes out of nowhere to try and ruin it.

This was the case in a video shared by @JPVideography2141, who specializes in filming weddings. In it, they show the wedding photographer directing a group for photos, trying to ensure the bride and groom take center stage. The only problem is that she manages to call the bride Taylor, which is the name of her groom's ex. It's not a one time mistake, either. Somehow, she manages the feat on two separate photo ops with the happy couple and their friends and family.

Luckily, the bride seems to take the offence with grace, but the discomfort of everyone in the video is palpable. Although Taylor was apparently the name of another bride she had photographed recently, it's had some people wonder whether this photographer was enacting the ultimate petty ex's revenge for the sake of a friend. Whatever the case, it's the perfect anecdote to use against your hapless spouse even when you're years into your marriage. Let's just hope it lasts that long. 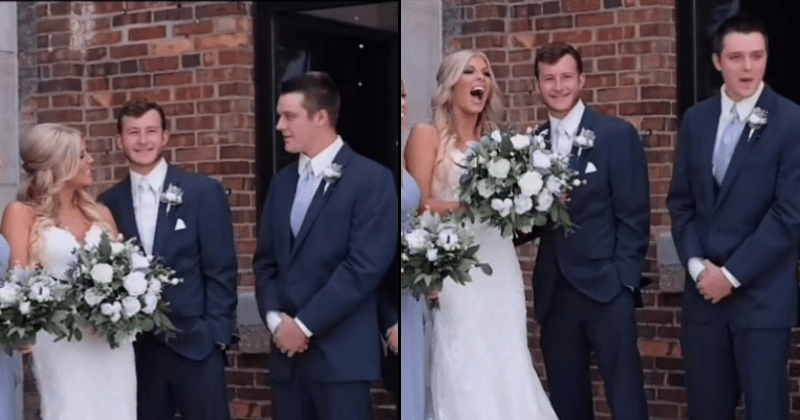 Holy mother of entitled a-holes, y'all!

We don't like stereotyping people, but we all know the classic trope of the "bridezilla" who has to have everything her way and will stop at absolutely nothing to get it. To an extent, we sort of understand that behavior - planning a wedding is an incredibly stressful thing after all. However, this insane bride took the whole "entitled" thing waaay too far. It's really no surprise that she's on her third marriage! 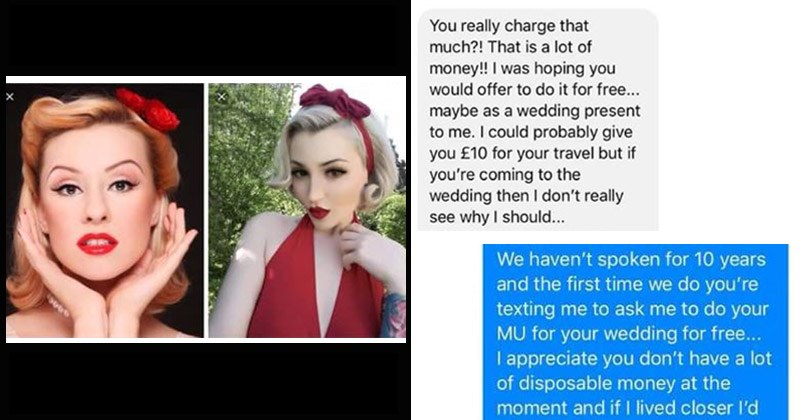 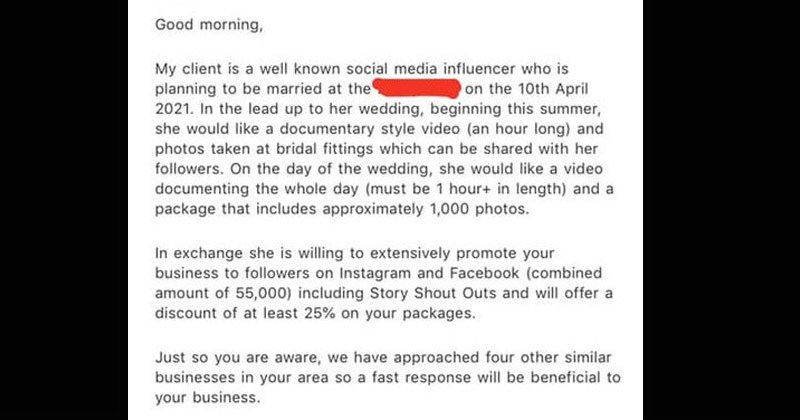 Or hey, even if you're 40 years old and single AF, we hope you can still enjoy these memes. They might even make you glad that you don't have to deal with all of the bullsh*t of planning a wedding. And if you are getting married, congrats to you but also screw you for finding true love or whatever. 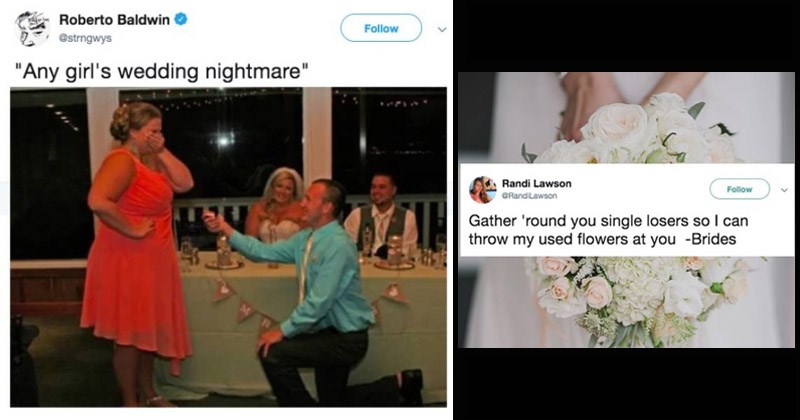 We're gonna go out on a limb and say that these insane wedding photos hail from Eastern Europe. Where else would flinging raw chickens in the air, black eyes, and demented photoshops be part of a "romantic" bridal photoshoot?

For more insane wedding pics, check out this gallery of matrimonial cringe. 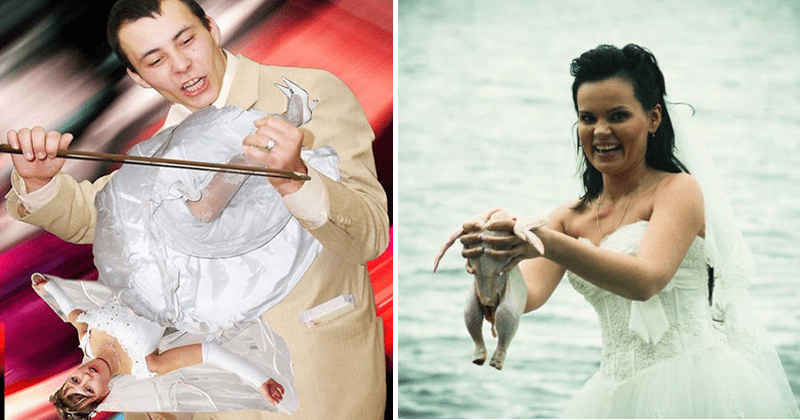 I Dunno, Looks Pretty Realistic To Me... 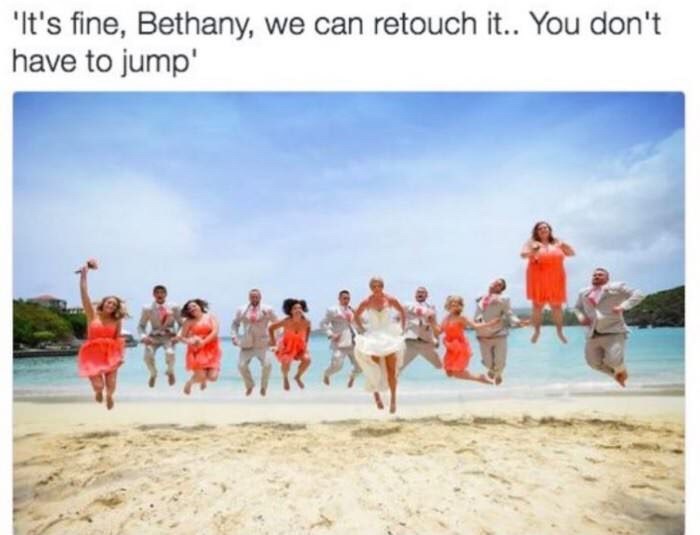 The big day is supposed to be memorable - but these people got more than they bargained for! 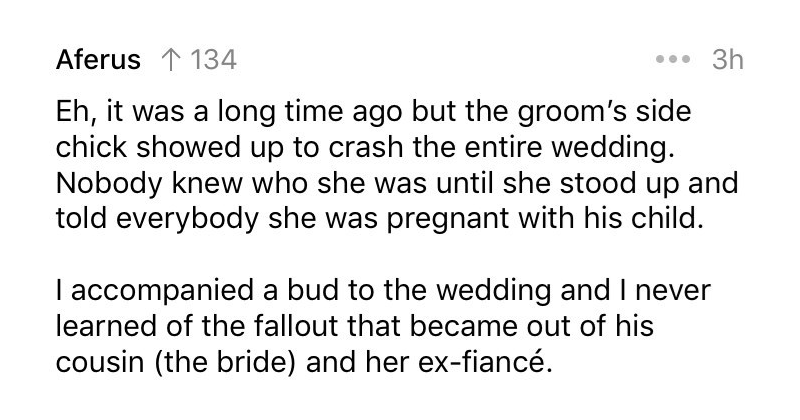 Your wedding day is supposed to be one of the happiest days of your life, but for these grooms things didn't go as planned when family members gave them some less-than-savory comments. We found out the most messed up things that were said through anonymous submissions on Whisper, and some of these are unbelievable. 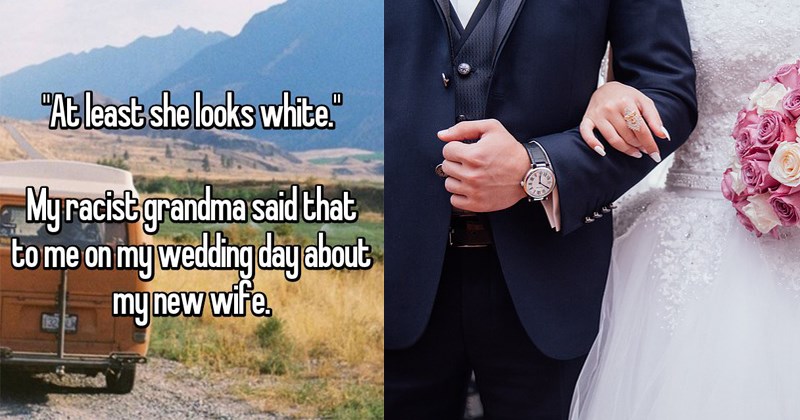 A groom in Singapore, Chen Guanyou, went above and beyond to troll his bride to be by dressing up as Ronald McDonald with his groomsmen in tow as delicious treats.

"My wife hates fast food — she's very health-conscious," said Chen. "So (if) she wants to marry me she has to accept this."

Well Chen's wife is a lucky lady, cause this guy has one incredible sense of humor. 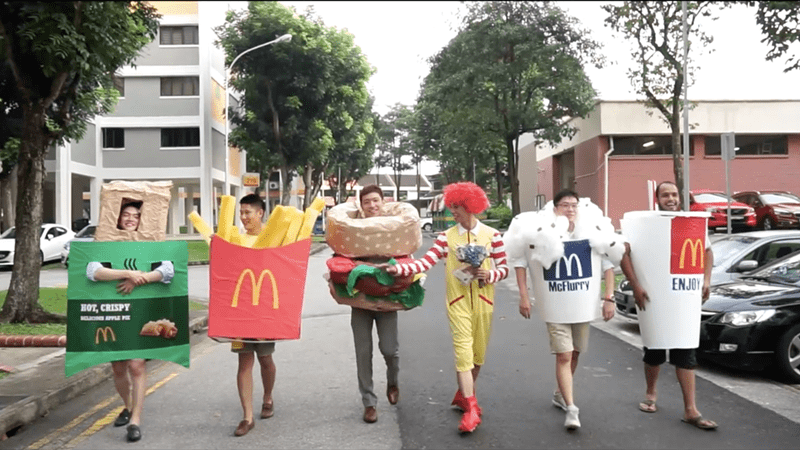 Photoshop Battle of the Day: This Bride Cutting Her Chastity Belt Didn't Need Any Photoshopping, but the Internet Gave Her Some Anyway

An insanely badass bride cut off her chastity belt at her wedding.

The picture is already incredible, without needing any touch ups or adjustments at all.

Well, Reddit thought they'd have a go at it anyway.

While they didn't improve it, they certainly provided some interesting alternatives. 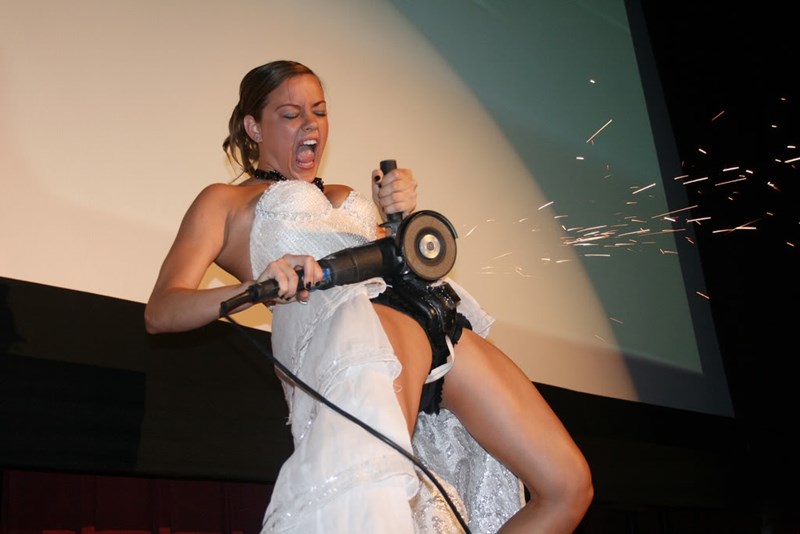 Never Mess With the Bride 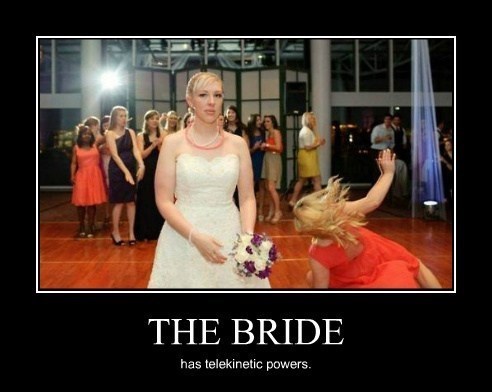 Odds Are He Should Watch Out 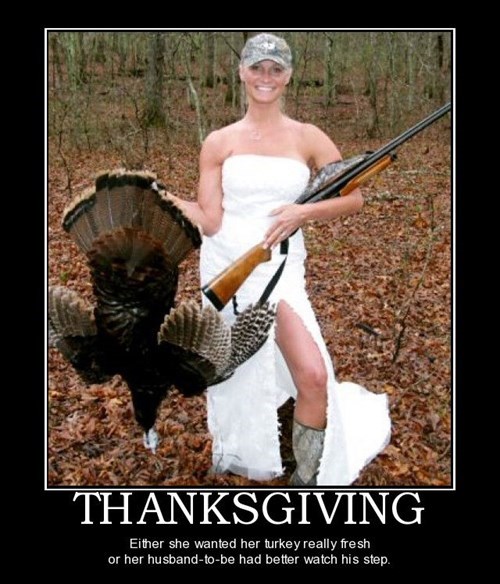 More Reasons Not to Get Married 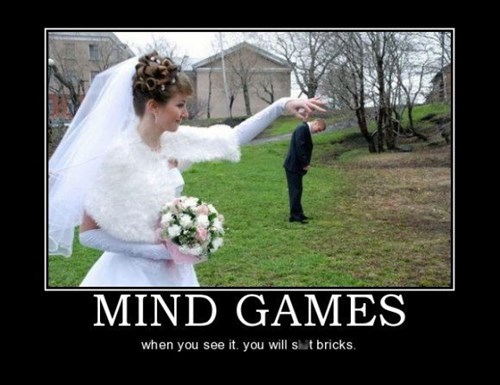 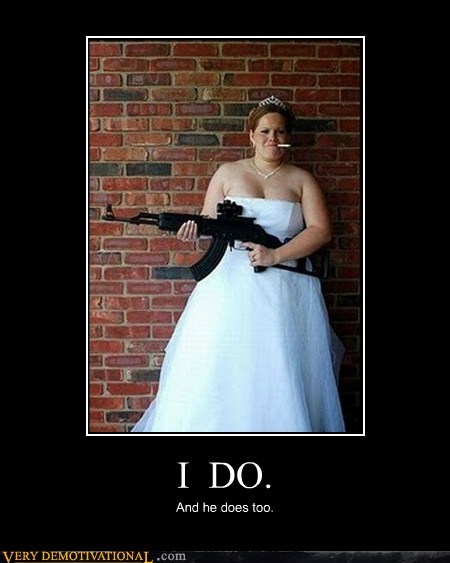 I DO. and he does too 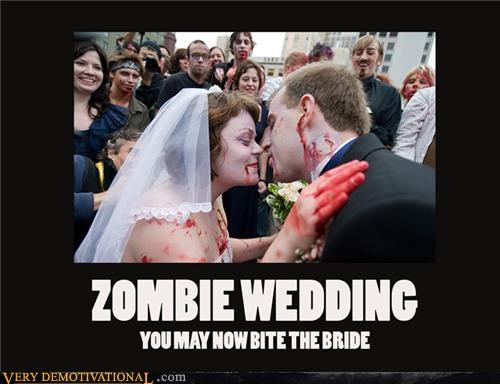 ZOMBIE WEDDING you may now bite the bride 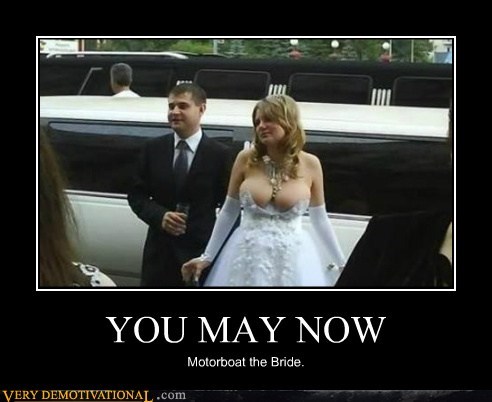 YOU MAY NOW motorboat the bride