Celebs: they're just like us! Or not. Sometimes, they're way nicer and funnier, as we can see from these tweets from a thread started (and then deleted) by Jaya Saxena. More than anything, the responses just made us want to meet Bill Murray. It's got to happen someday. 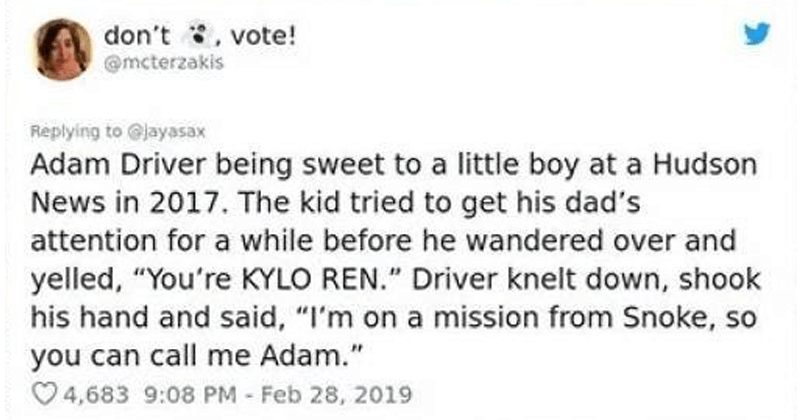 20 Amusing Food Tweets That Will Get Your Stomach Growling

Food might be necessary for survival, but it's also necessary for many other functions: coping with emotional trauma, carbo-loading, hangover relief, drinking relief, munchies relief. It's only natural that such a universal joy would be tweeted about by hilarious humans everywhere. Here are some gems to keep you going 'til your next meal. 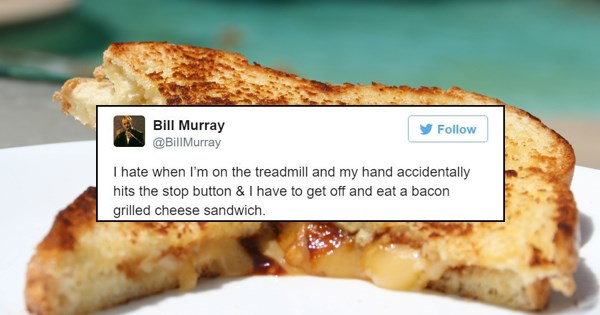 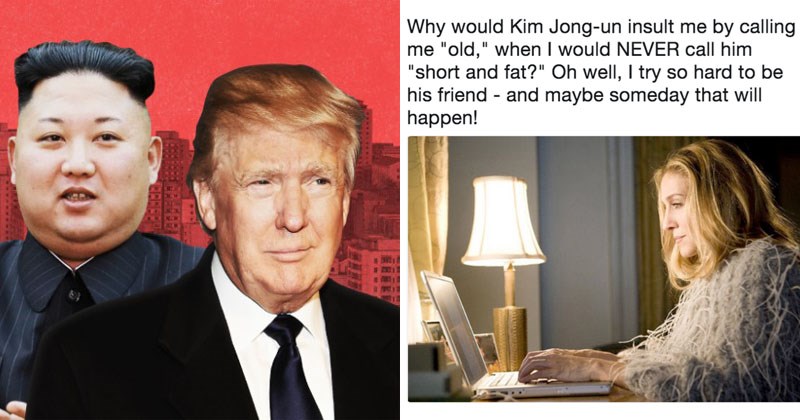 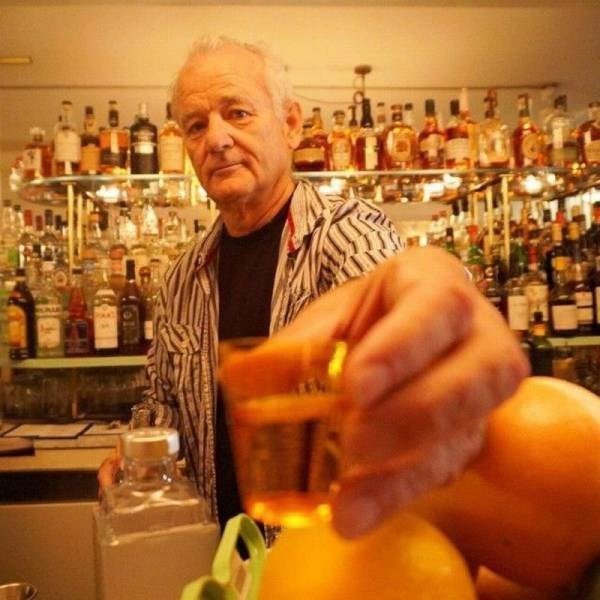 In case you just now crawled out from under your rock, last night the Cubs won the World Series, something that hasn't happened in over 100 years. No one is more happy about it than Bill Murray. That's probably part of why this photoshop battle is so good. 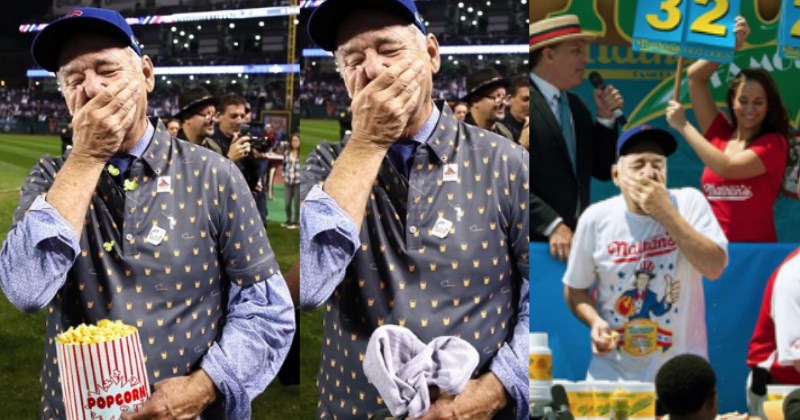 Seriously This is What 4 Years of Halloween #SquadGoals Looks Like 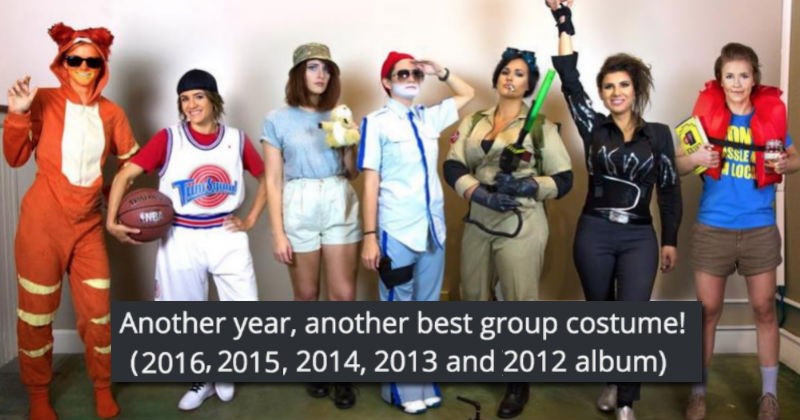 Bill Murray Sings the 7th Inning Stretch at Wrigley Field, Is Clearly the Person Having the Most Fun at the World Series

Via Reasons My Son Is Crying
Repost
Recaption

This picture was submitted to a Facebook group called "Reasons Why My Son is Crying" and since then it's been passed around while people on the internet argue about who is really in that picture. The submitter claims it's Bill Murray but a lot of other people just aren't sure.

Then we can only assume he knocked Obama's phone out of his hand and whispered "No one will ever believe you."

By MayorRobot (Via www.youtube.com)
Repost
Recaption

What Better Way to Celebrate Groundhog Day Than With a 24 Hour Goundhog Day Marathon? 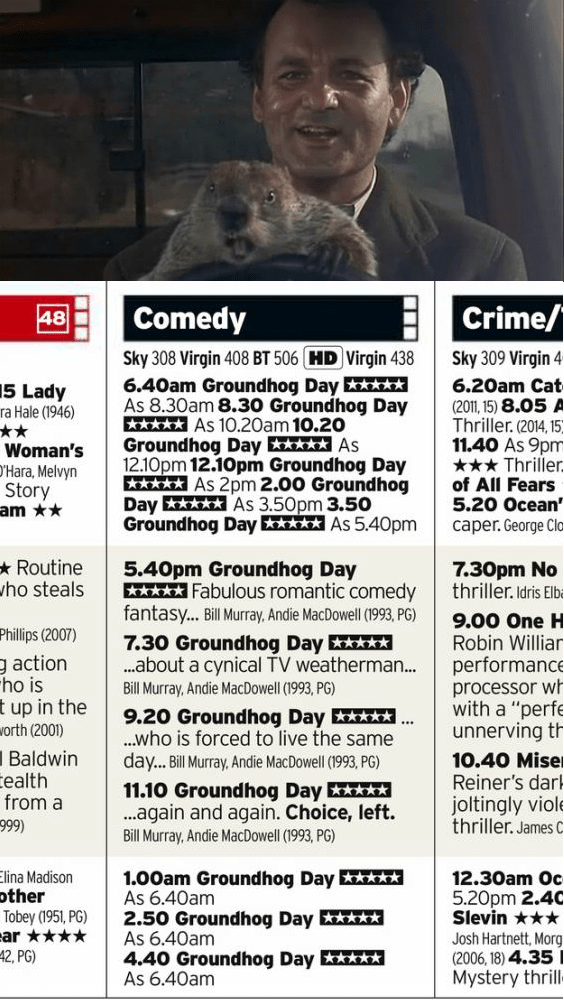 February 2nd is Groundhog Day, the weird holiday where we trust a rodent to tell us when spring is coming, and one UK television channel has found the perfect way to celebrate. If you tune in to Sky any time on the 2nd, you'll find yourself at some point in the 1993 classic film Groundhog Day. 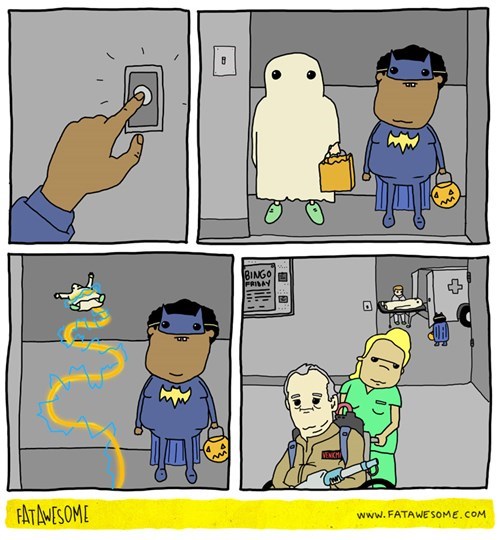 Bill Murray Shows Up for a Random Dude's Birthday Party, Refuses to "Turn Down" for Anything

For slightly-less blurry evidence of the indomitable Bill Murray's presence at this birthday, via our friends at Uproxx: 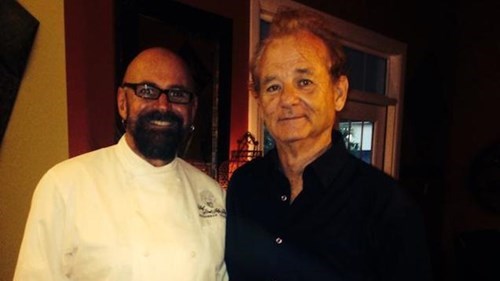 Truly, Bill Murray is someone we should all aspire to be someday.

How Birthdays Go These Days 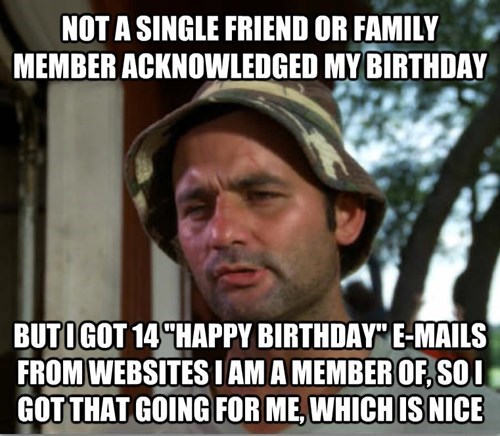 I Think We All Know Who Should Have Played Batman Instead of Ben Affleck... 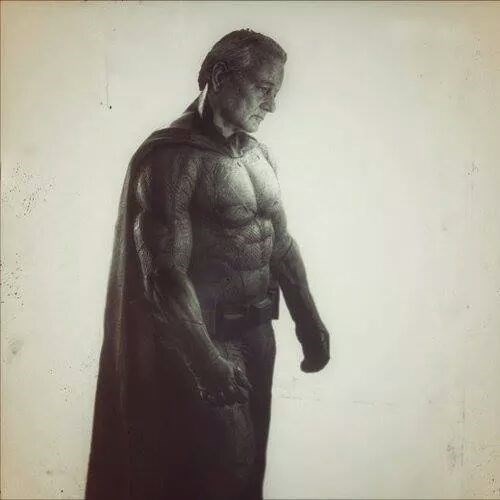