13 Cinco De Mayo Memes For Anyone Tryna Get TURNT

Hey hey party people! If you're planning on celebrating Cinco de Mayo, we hope you have a safe and enjoyable holiday, and of course, we have to take this opportunity to remind you what the holiday is actually about: contrary to popular belief, Cinco de Mayo is not Mexican independence day, but rather the anniversary of the victorious 1862 battle of Puebla against Napoleon III's army, located southeast of Mexico City.

Today, Cinco de Mayo is celebrated in the state of Puebla, but is not much recognized in the rest of Mexico. The holiday was brought to the States as a way for Mexican immigrants to celebrate their heritage, but has since spread to include the rest of America.

TL;DR: Cinco de Mayo is an excuse for many Americans to get drunk and eat tacos. 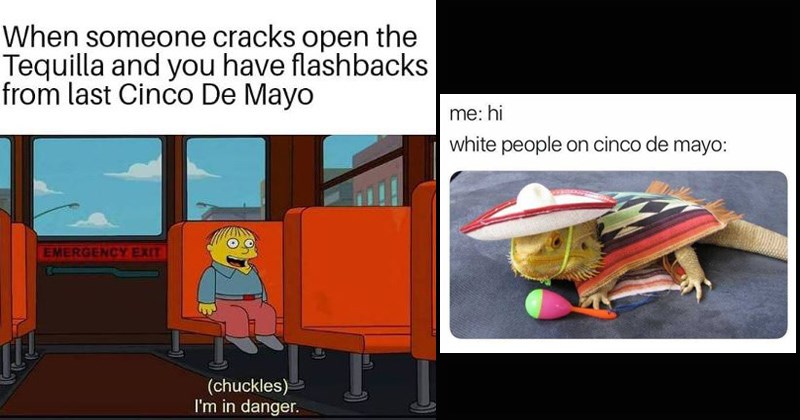