SJW Gets Ripped Apart For Terrible Take On New Emojis

Mamma mia! The new iOs and Android emojis were announced yesterday and Twitter has got a lot of feelings about 'em. The roll out will include a woolly mammoth, a glass of boba tea, men in wedding veils, and the classic Italian "pinched fingers" stereotype that's mostly associated with spicy meatballs. One Twitter user took offense with that pretty commonly-held opinion, and decided to share an incredibly unfortunate take regarding the hand gesture and the stereotype. @Sonigupta504, who has since protected her tweets, felt that assuming the gesture is Italian is a eurocentric and "white washed" stance. People on Twitter do not seem to agree. 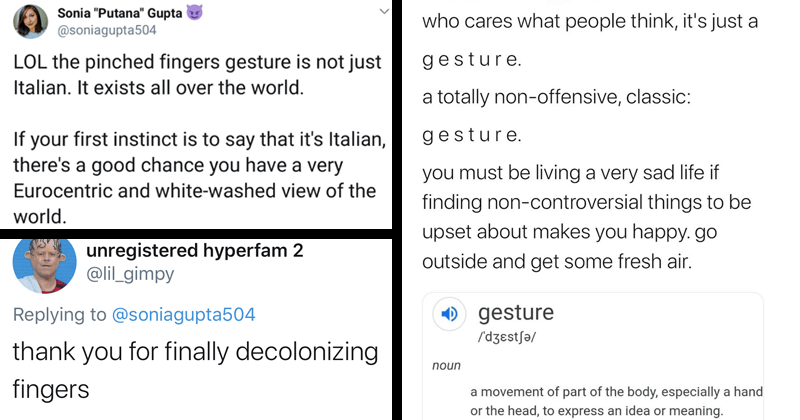 Bad Twitter Takes That Are The Definition Of 'Yikes'

Any social media channel that allows people to express their opinions is gonna have good takes and bad takes. Twitter pretty much exemplifies this polarity. There are really good stances and then some that completely flabbergasting - and downright offensive. Here are a bunch of opinions that we hope people end up regretting. 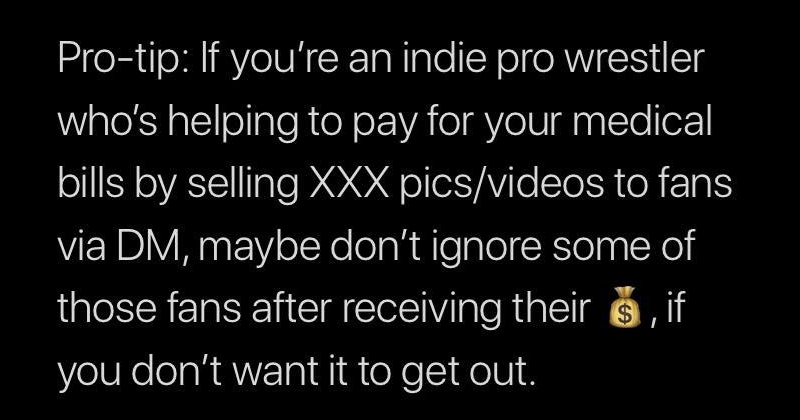