All of this Article 13 business has been kind of a mess, but at least we've gotten some great memes out of it...?

If you aren't familiar with Article 13, it's a proposed directive in the European Union that would require anyone with publishing ability to have a stash of already-copyrighted content on hand.

The controversy? Memers everywhere have been up in arms claiming that it could potentially lead to more censorship online - where they're concerned, in the form of memes. We won't get into how in reality many people are skipping over a small detail in the proposal, but you can read about that here.

But honestly, let's just let people have their fun because we're really enjoying the following bootleg versions of classic memes that people are creating in attempt to "get around" any sort of potential internet censorship. Scroll down to see! 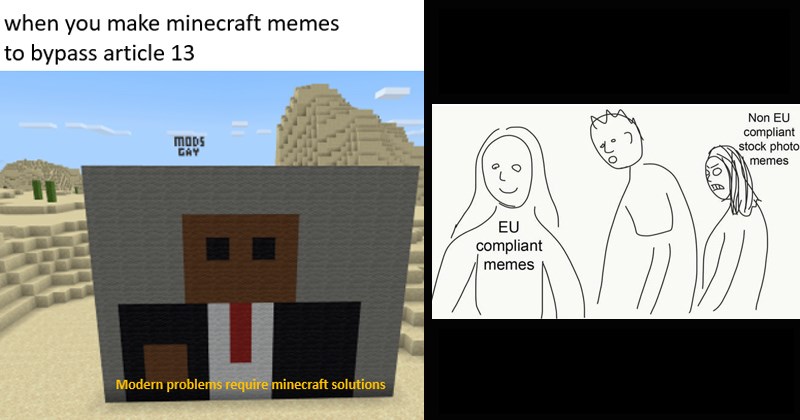 Memers are shook after the EU's Article 13 was passed yesterday by the European Parliament. The r/dankmemes community started meme-ing as soon as the news broke, but seems to be ignoring some very important information regarding the article's passing: memes and GIFs are EXEMPT. This important tidbit seems to be flying over peoples heads. We'd rather assume that people would rather have an excuse to meme than stay calm on the matter. It will be at least two years before the law takes effect, we just hope these memes aren't all we'll be seeing in the meantime. 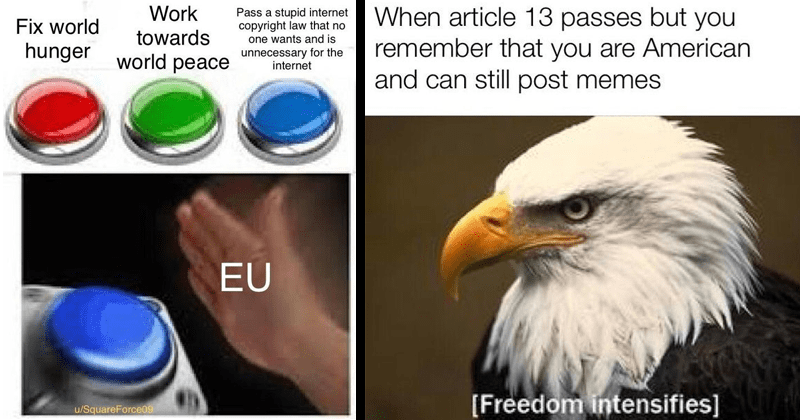 Memers Are Freaking Over Proposed EU Law That Might Ban Memes

For years memers have been focused on Star Wars' Order 66, but now they're more concerned about a real-life copyright law that is endangering their meme-ing freedom. Article 13 of the proposed EU copyright overhaul threatens many forms of user-generated content. The article is trying for much harsher regulation for copyrighted content - which will directly affect any memes that use stock photos or images from movies or television shows.

The threat is definitely being felt in Reddit's meme communities, especially the oft-offensive r/dankmemes subreddit. How do memers respond to threats on their livelihood? By making memes, of course. Here are some of our favorites - but there are sure to be many, many more in the days to come. As dedicated believers in our freedom to meme, we really hope this article doesn't become a reality. If they go through with their machinations to take our memes, how could we have gold like this Scottish Pokemon trainer meme? We couldn't, so stop it, before its too late/ 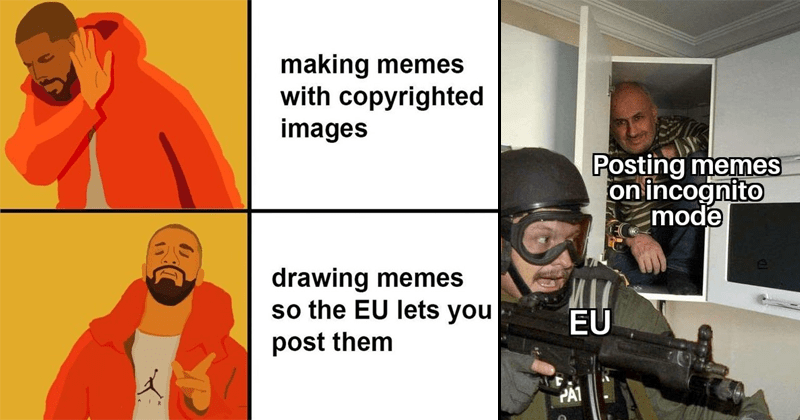