Many classic memes have come out of the hit sitcom It's Always Sunny in Philadelphia, including various parodies of the show's trademark title card. Last night, the show's official Twitter account @alwayssunny tapped into the meme zeitgeist and encouraged followers to type 'the gang' from their phones and let predictive text complete their hypothetical Always Sunny episode titles. Not gonna lie, we'd be totally down to watch the episode where 'the gang has been arrested in connection with the murder of the Clones family and under suspicion of the killing of a man who had shot down a few days before he was a victim of a crime.' 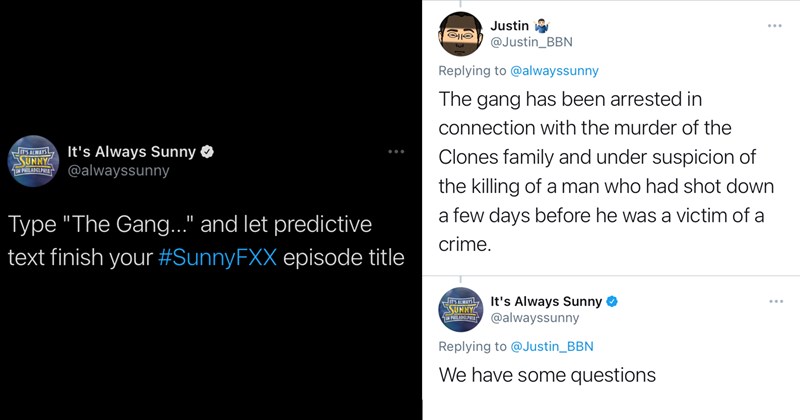 It's Always Sunny in Daytime 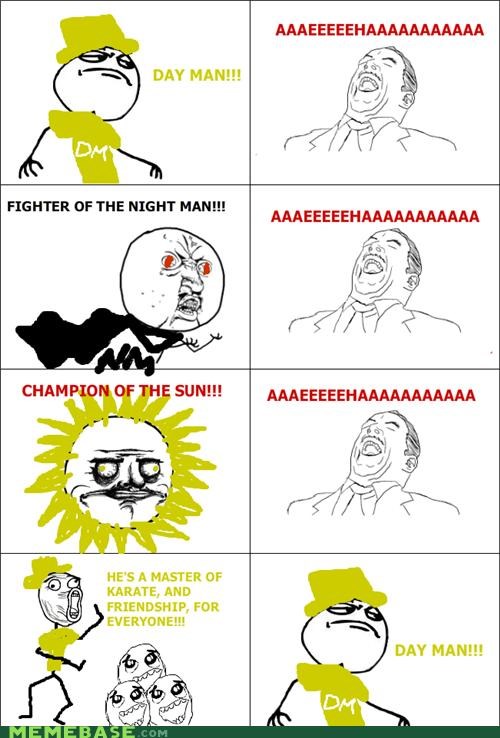 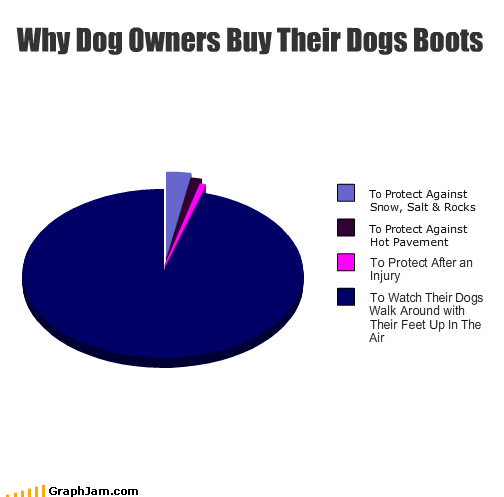 Route to the Boy's Hole 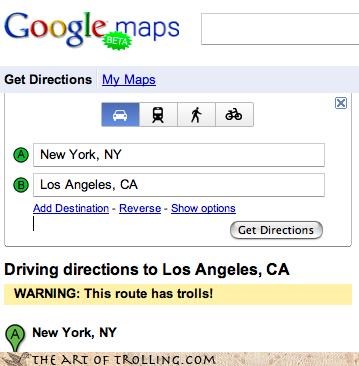