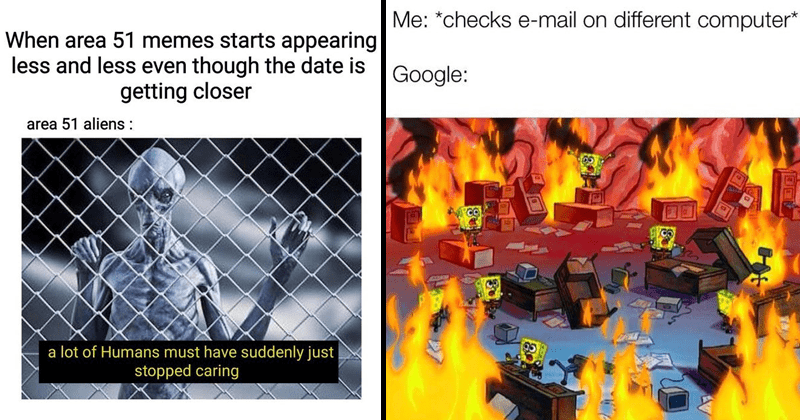 Unless you've been living under a rock, we're willing to wager that you've heard about the insane Facebook event rallying people to storm Area 51.The seemingly jokey call-to-action has reached a whopping 438k "Going" RSVPs, and even more "Interested." Whether you're an alien conspiracy theorist or an internet troll, this content is pretty much irresistible, and the memes are spreading like wildfire. Here are some of our favorites. 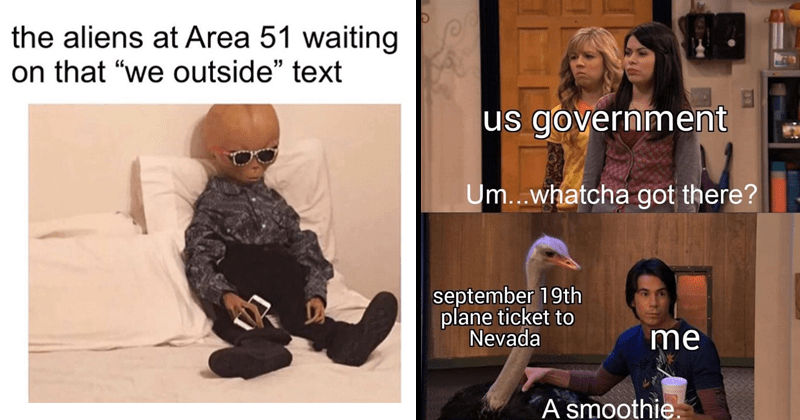 This Week, On History Channel 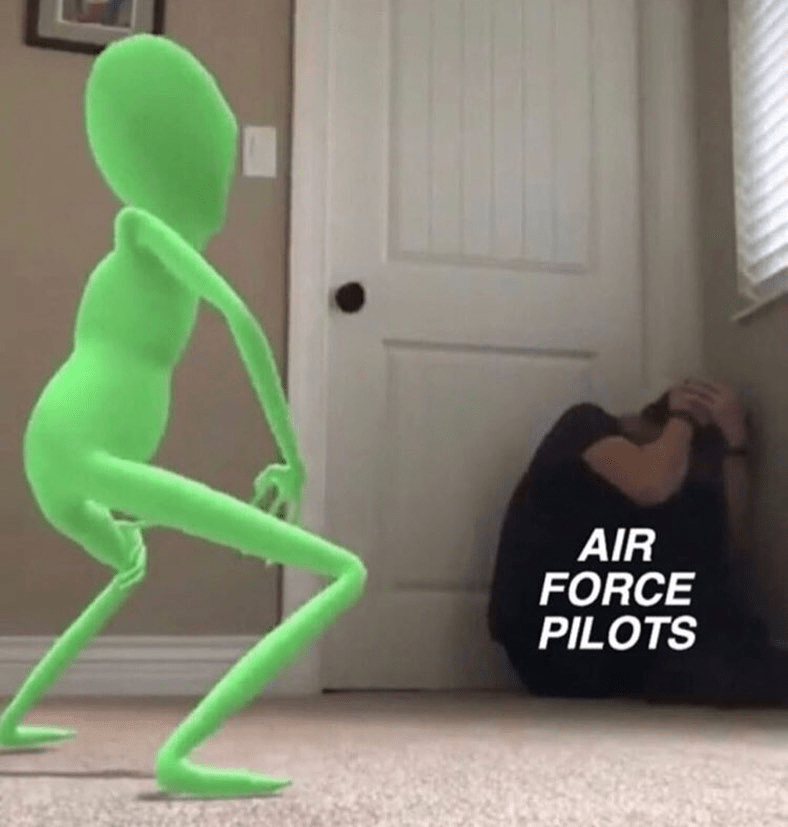 The truth is out there.

The History Channel has been the subject of a great many memes. While we'll always be grateful for the undying hilarity of Ancient Aliens memes, a new format has been popping off on Reddit and it's pure gold. If you've ever turned on the History Channel in the wee hours and felt like you were hallucinating, this meme's for you. The channel's speculative and alien-filled late-night programming is the subject of 'History Channel At Night' memes, and they're filled with hilarious imagery and brutal truth. Here are some of our favorites. 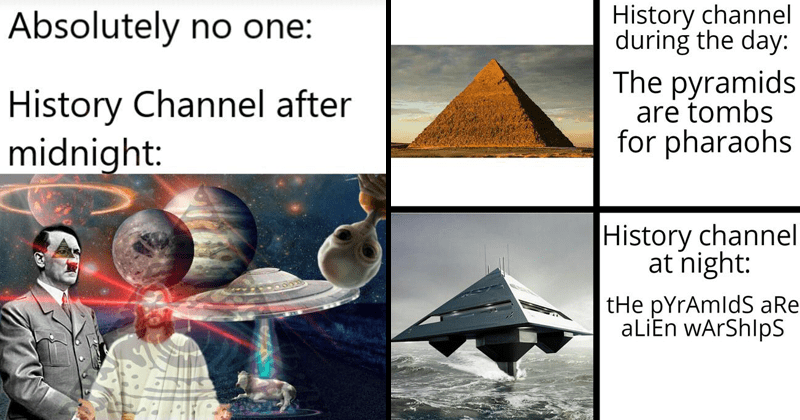