All The Best Memes & Tweets From the 2019 Met Gala

Suffer for fashion, live for memes. The annual Met Gala has long been quality fodder for sassy Twitter reactions and hilarious fashion-related memes. This year was no different. While some of our favorite attendees were missing (Rihanna, Beyonce) the celebs who showed up showed up in the finest degree - and received the royal meme treatment. 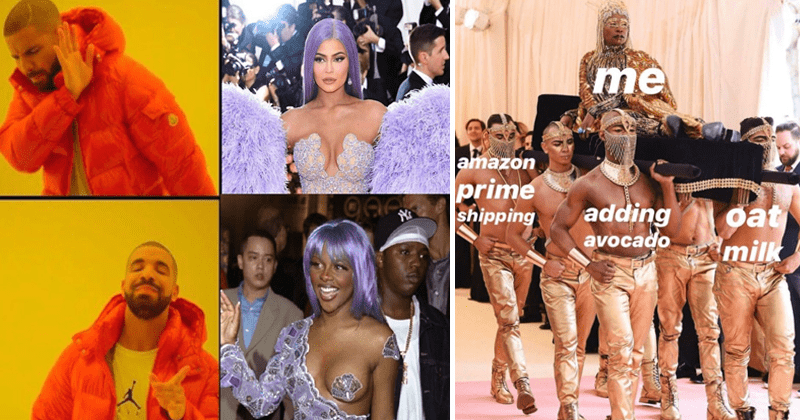 Tesla CEO Elon Musk and edgy Canadian pop artist Grimes officially "came out" as a couple at this year's Met Gala. The two reportedly bonded over nerdy AI Twitter humor, which is not much of a surprise when you consider the musician's fondness for a sort of spacey cyberpunk aesthetic. The space-minded scientist seems to have picked the right date - she definitely came through with a galactic goth getup.

While the coupling makes sense intellectually, the duo brought to mind many pop culture odd-couples. The comparisons became a viral twitter meme, ranging from Scott Pilgrim's Ramona Flowers and Gideon Graves, to The Breakfast Club's Allison and Andrew. All jokes aside, we think these two could have a stellar relationship. Wedding vows in space, anyone? 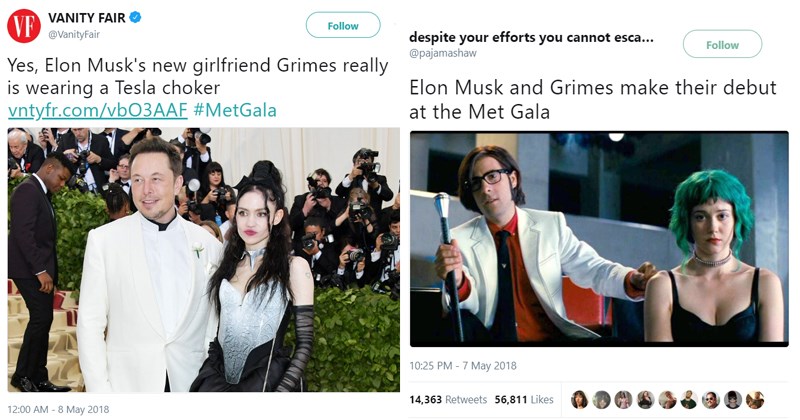 The 2018 Met Gala's Most Absurd Looks And Hilarious Reactions

The Met Gala is known for its insane celebrity fashion, and this year was of no exception with the theme "Heavenly Bodies: Fashion and the Catholic Imagination." Attendees brought out their Sunday best and people certainly had some thoughts... 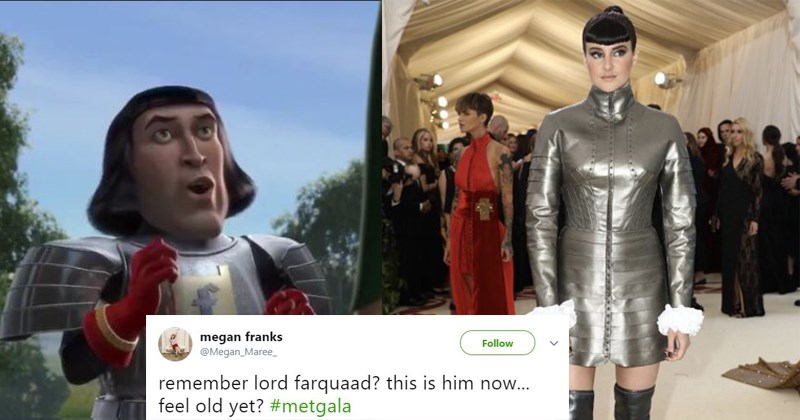