We've got loads of memes, tweets and other wee tidbits full of Irish lore, history and tongue-in-cheek distain for those damn Brits. Many lads out there are likely still house-ridden and cursing the day Covid-19 was born. These memes can't replace the comfort of grabbing a Guinness with your mates at the pub, but maybe they can serve as a mini St. Patrick's Day celebration. 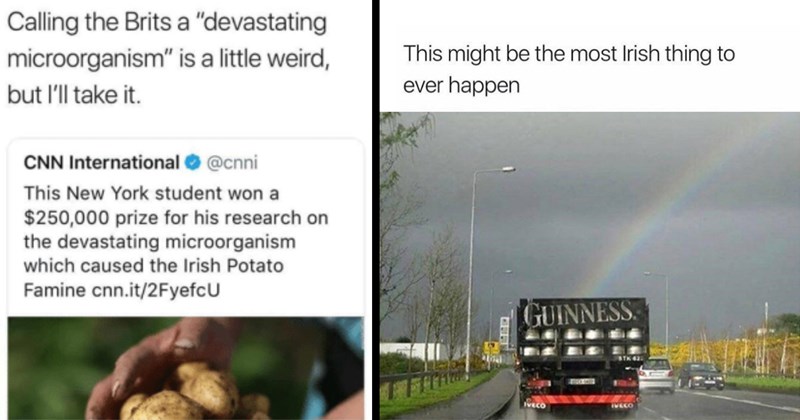 Many of us talk about how we want our funerals to go, but many of us are unable to make the "magic" happen due to forces beyond our control. That's not the case for this Irish man. Before passing, he made a recording to be played after his coffin was lowered into its plot, and managed to leave his grieving family and friends with one last unforgettable laugh.

Miraculous Story About A Stroke Patient Restored Our Faith In Humanity

Stroke expert Liam Healy tweeted out a story about an Irish stroke patient who made a miraculous recovery when the odds of her survival were incredibly low. Needless to say, the story gave us some hope in a world full of constant bad news. Is it time for us to finally start believing in miracles? 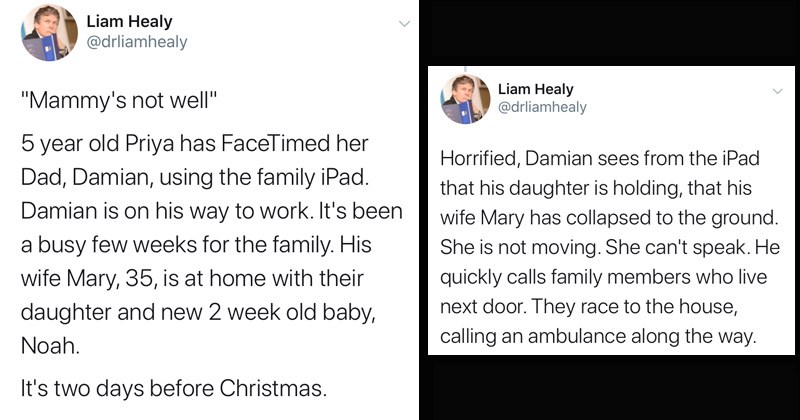 Being Americans, we don't know sh*t about Irish politics, but we do know that Michael D. Higgins is quite possibly the most adorable politician we've ever seen. In fact, he kind of resembles an Irish version of Danny DeVito. Please enjoy these pics of the 5'3" Irish president doing adorable things! 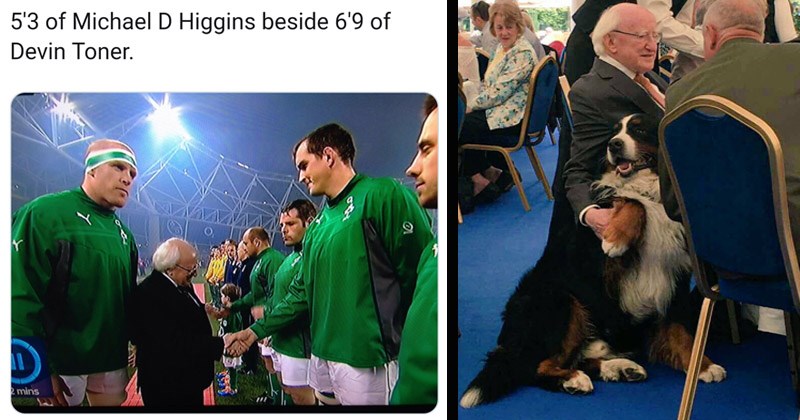 You don't want to miss this totally insane story!

And some more funny tweets await you here! 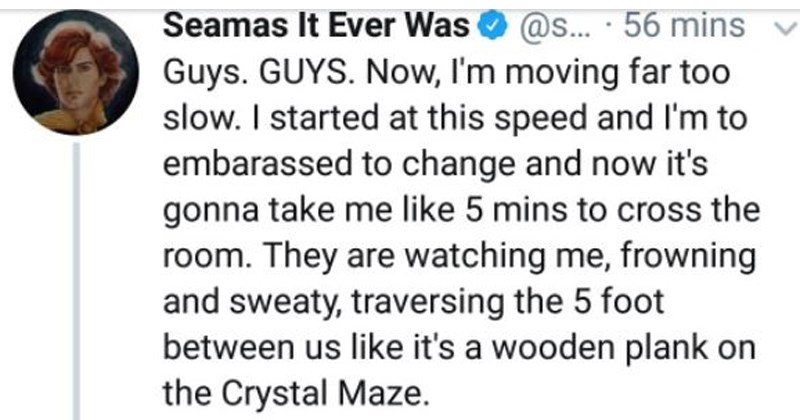 Saturday Night Live is catching some serious flack over Saturday's questionable sketch that brazenly mocked Irish culture. The segment, which was meant to poke fun at Irish airline Aer Lingus, was overflowing stereotypes that ranged from cheap (the in-flight menu consisted of only potatoes) to bizarre (dogs, everywhere).

Perplexed fans tweeted their distaste for both the skit and host Saoirse Ronan's impression of an Aer Lingus flight attendant - but the airline itself managed to steal the show. In retaliation, Aer Lingus penned a Donald Trump-esque tweet, calling the episode unwatchable and biased. Perhaps Saturday Night Live should think about refreshing their writer's room if they can't feature an Irish host without making jokes about potatoes. 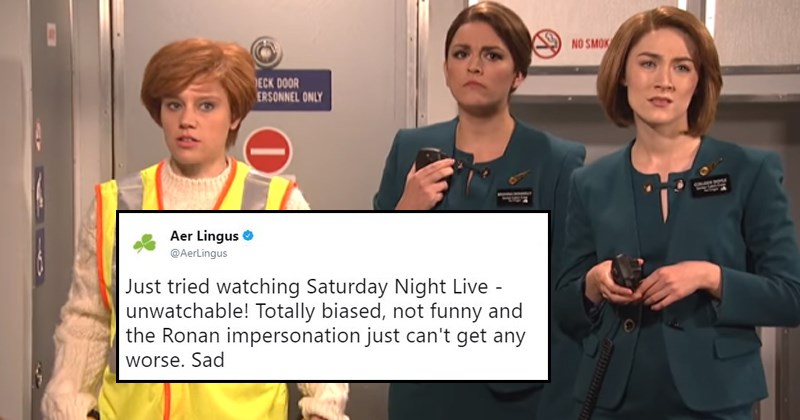 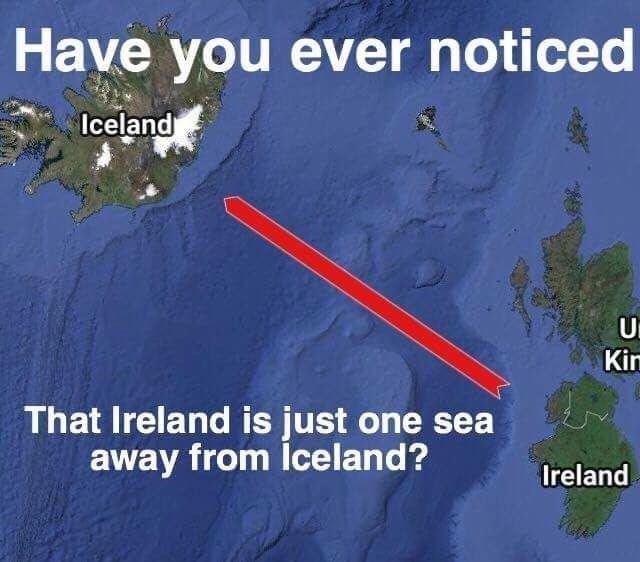 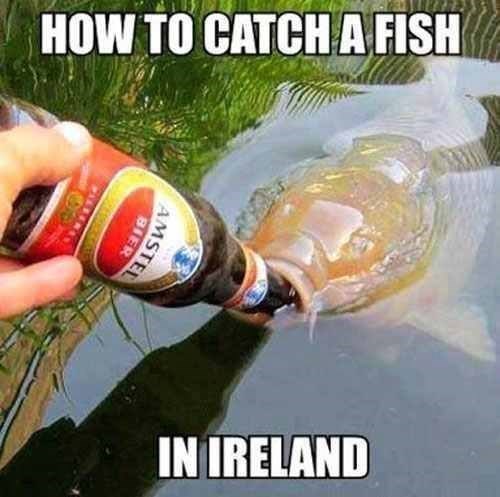 Someone Changed the "Grand Canal Docks" Sign in Dublin to This 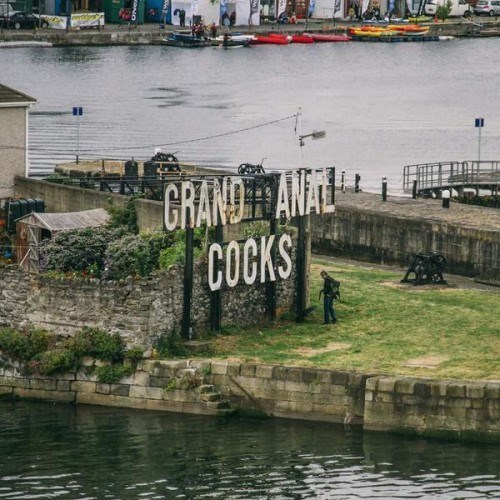 Via The Daily Edge
Repost
Recaption 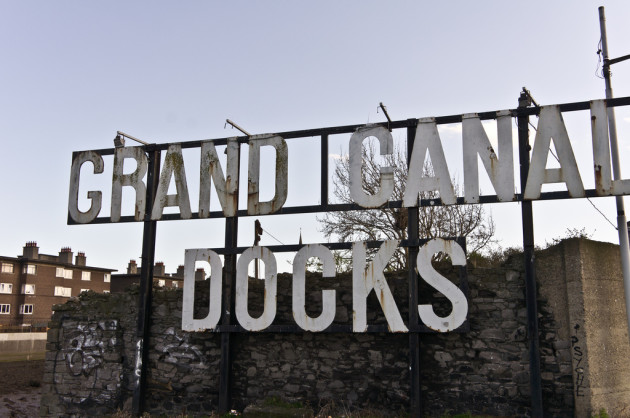 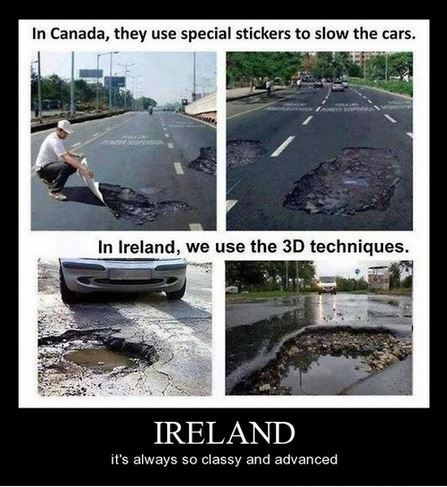 The Bravery of the Irish 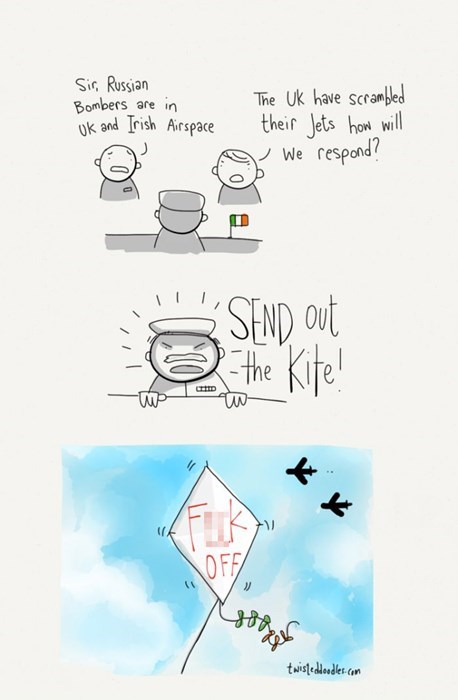 Dublin Zoo Has Their Priorities in Order 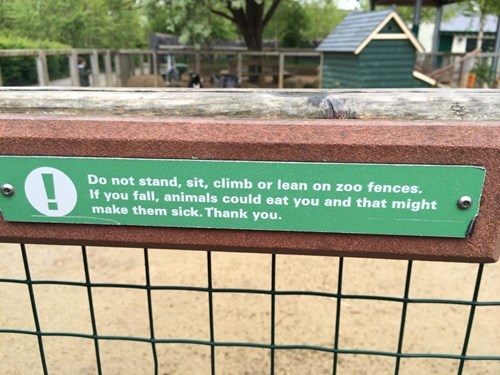 Citizens of Ireland Beware: There's a Serial Beard Tickler on the Loose 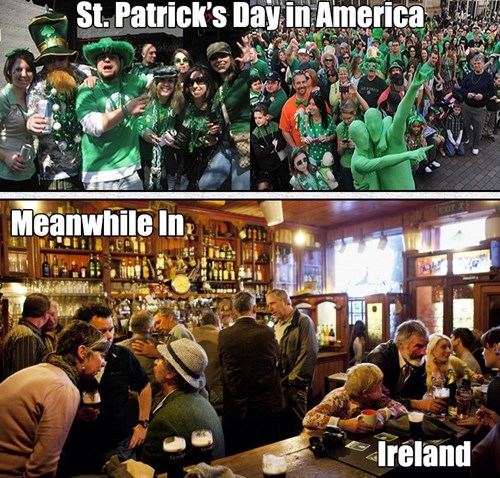 And Now for an Irish Drinking Song With a Modern Twist

The Irish Response to Russian Invaders 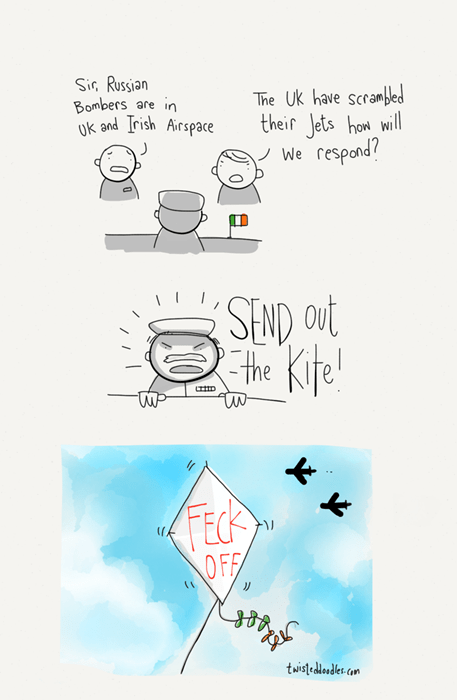