Anything can be meme'd with the right timing. The latest proof of that comes from Twitter, where KTVB News in Boise, Idaho simply tweeted "Mark Johnson" with a link to the anchor's biography. For some reason, the tweet gained over 2,400 retweets and 14,000 likes in less than a day. The zero-context tweet about the Emmy award-winning reporter quickly morphed from bizarre non sequitur into a full fledged meme - thanks to enterprising Photoshop-literate Twitter users. And Mark's been a good sport - he even chimed in sharing his happy confusion and sneaking suspicion that his teenage daughters had a hand in the original tweet. While knowing more about what caused the hubbub would be cool, we've learned to never look a gift meme in the mouth. So, without further ado, we present our favorite Mark Johnson memes from the Twitter comedy factory. They may not make much sense, but somehow they're still incredibly funny. Enjoy. 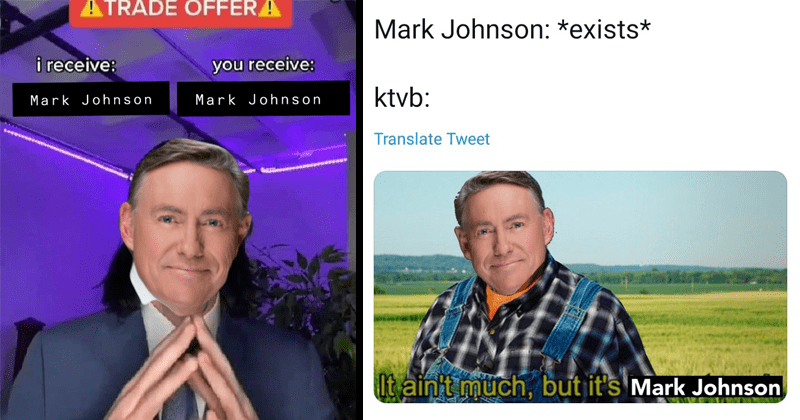