We're back with another round of fresh and funny tweets from all corners of the bird app. In this collection, you'll find painfully relatable tweets about trying to be productive in the time of Covid, random and absurd tweets about nothing in particular, mildly topical tweets with a tongue-in-cheek edge, and plenty of other amusing Twitter gold. If you're in the mood for even more tweets, we've got lots more here. 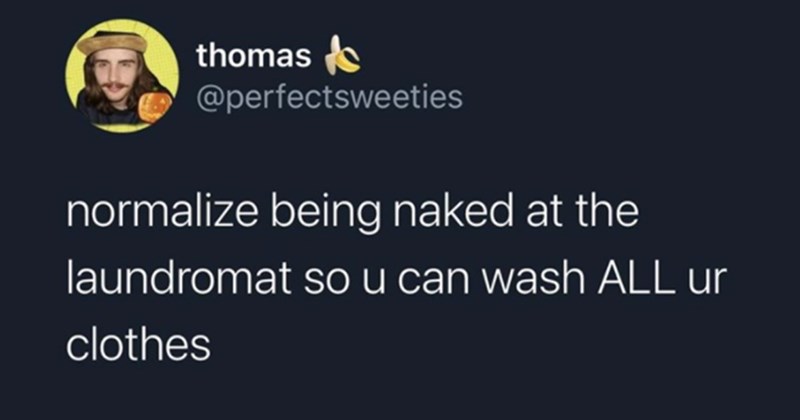 Many Americans are lamenting the fact that we're barely into 2021 and this year has already proven to be as batshit crazy as 2020, if not more so. There's a silver lining, though—the storming of the Capitol last week produced some top tier, hilarious content. Twitter may have banned the President of the United States, but the rest of us are still tweeting gold content and funny takes about all the chaos. We've collected some killer recent tweets ranging from topical to totally random. 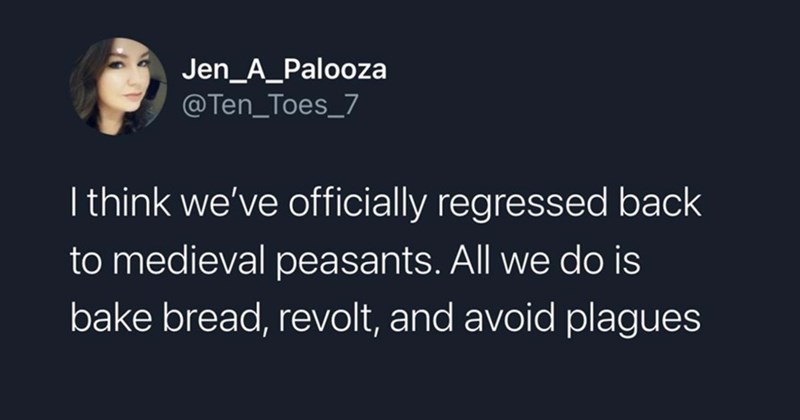 If you're on the hunt for some memes, look no further. This gallery is a hodgepodge of funny tidbits that includes everything from classically relatable humor, to memes about the current mess we're living in. They're a quick easy fix of comedy, and if you need more, we've got ya covered. 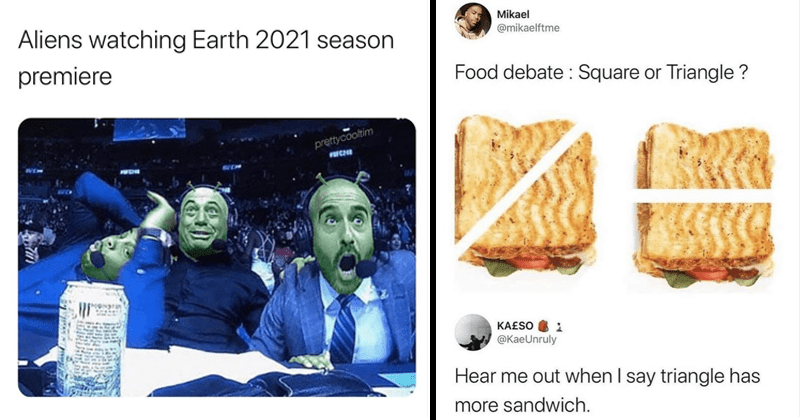 40 Memes To Distract From Our Garbage Reality

What a week. Between the absolute sh*tshow at the Capitol and, um, ::gestures at everything:: we're feeling more than a little overwhelmed. But it's Friday, so hopefully for some of you that means you get some time to process our hellscape of a reality. That said, we're betting that some of you would prefer to disconnect from said reality. And for that, we prescribe some quality time with these here memes. 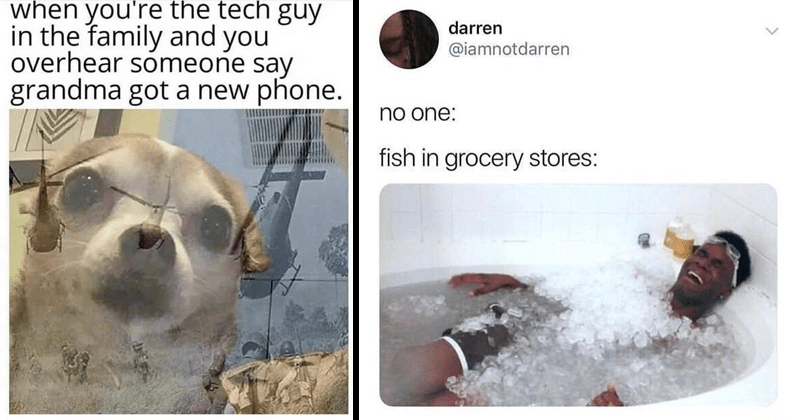 Twitter Roasts Everyone Who Thought 'Via Getty' Was A Real Name

It's only day eight of 2021 and we've already seen maybe one of the dumbest news weeks in US history...and it's still unfolding! As you've probably heard, the Capitol Building in Washington DC was breached on Wednesday by a mob of Trump supporters, one of whom was caught in a photo running off with a US House lectern. Journalist @RyanLizza tweeted the image and cited Getty Images as the source, which caused a lot of unexpected confusion. Many people retweeted the image and called for the arrest of 'Via Getty.' @RyanLizza eventually had to clarify that the man's name is not, in fact, Via Getty, but by then it was too late. The mistake had already gone viral and jokes about Via Getty are still flooding Twitter. We've collected some hilarious reactions to the priceless Twitter gaff that will surely be remembered for a long, long time. 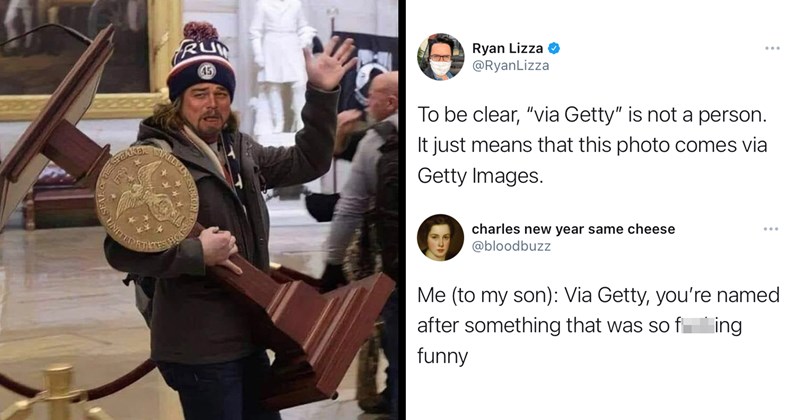 Do you have a sense of humor? Perfect, because that's literally all you will need to proceed with scrolling through this huge batch of hilariously ridiculous memes. Even if you have a very idiosyncratic taste in jokes, we're willing to bet there's something in here for everyone. All you have to do is love to laugh. 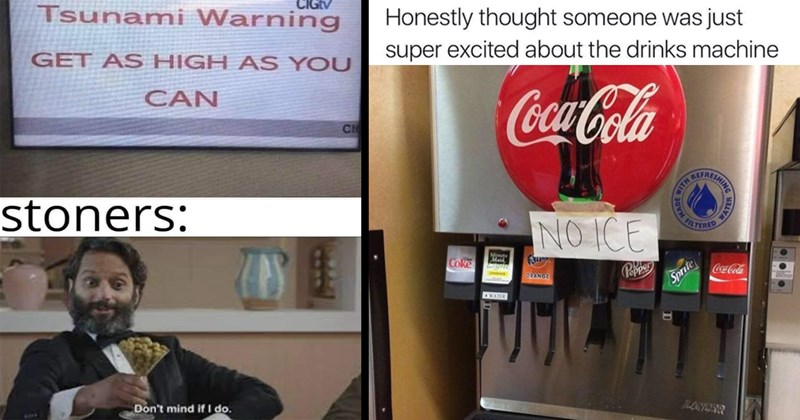 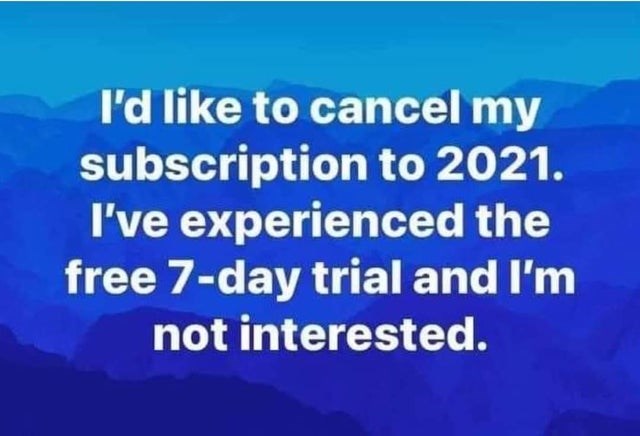 Can America Chill For 2 Seconds? 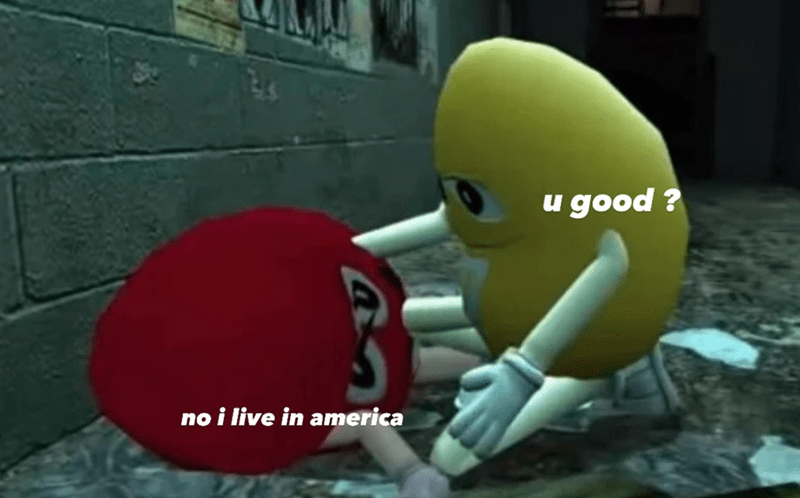 58 Memes For Anyone Who Needs A Break

Congratulations. You've made it through the first Monday of 2021. Slack went down. We all saw that photo of Kumail Nanjiani too many times. Harry Styles is trending again, and we're never really sure why. What we are sure of is that while it's only Monday, we definitely already need a break. We're here with the memes you'll need to take one. 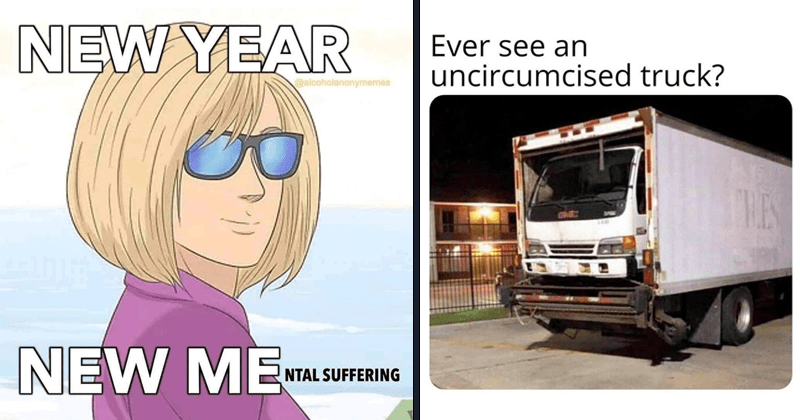 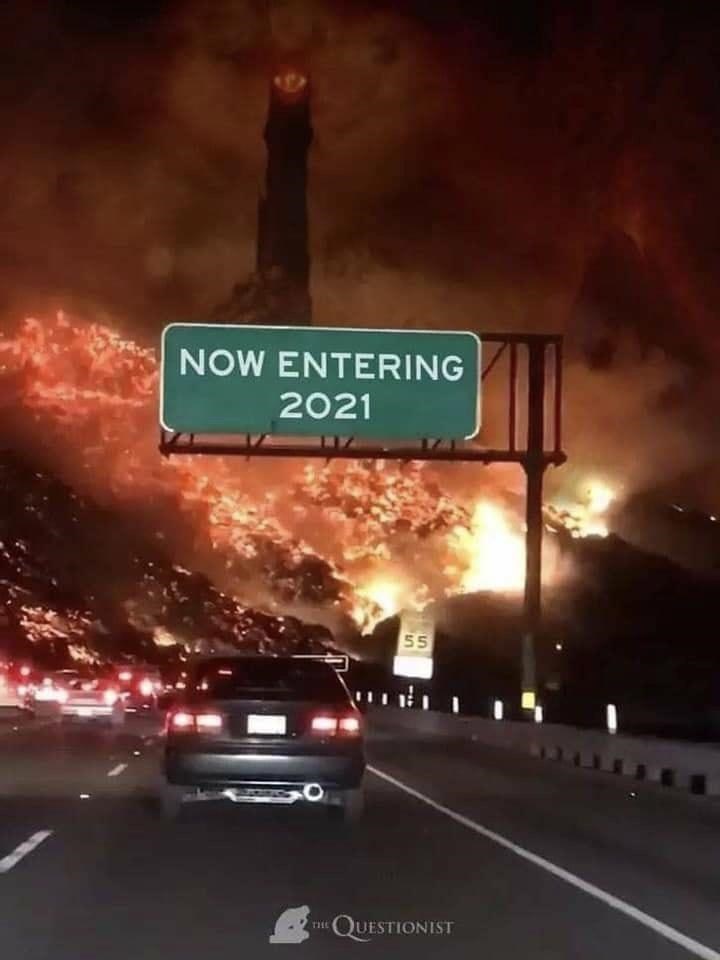 A Smorgasbord Of Amusing Memes Because You're Worth It

How's 2021 feeling, everyone? As far as we can tell, nothing has changed. Except for the way we write the date, which will inevitably take a month to get used to. There was something very cursed and anti-climactic about this holiday, and to assuage the disappointment we've put together yet another hefty helping of memes and tweets. Some are clever, some are stupid, but they all make for an excellent distraction. 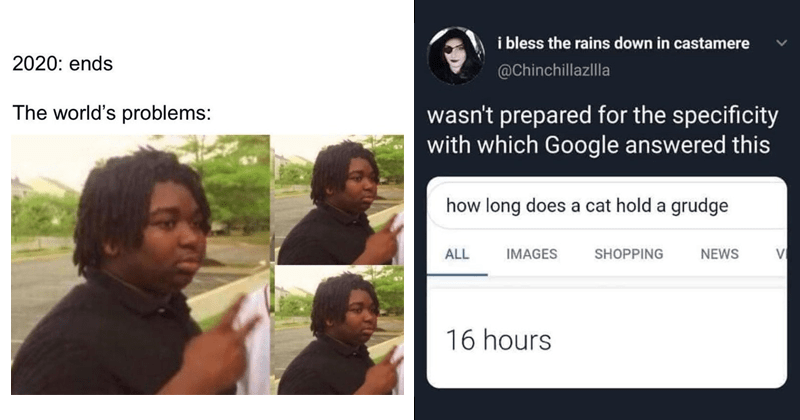 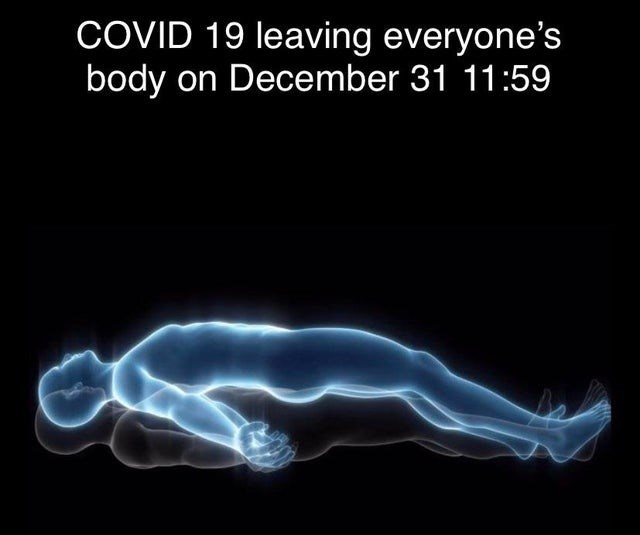 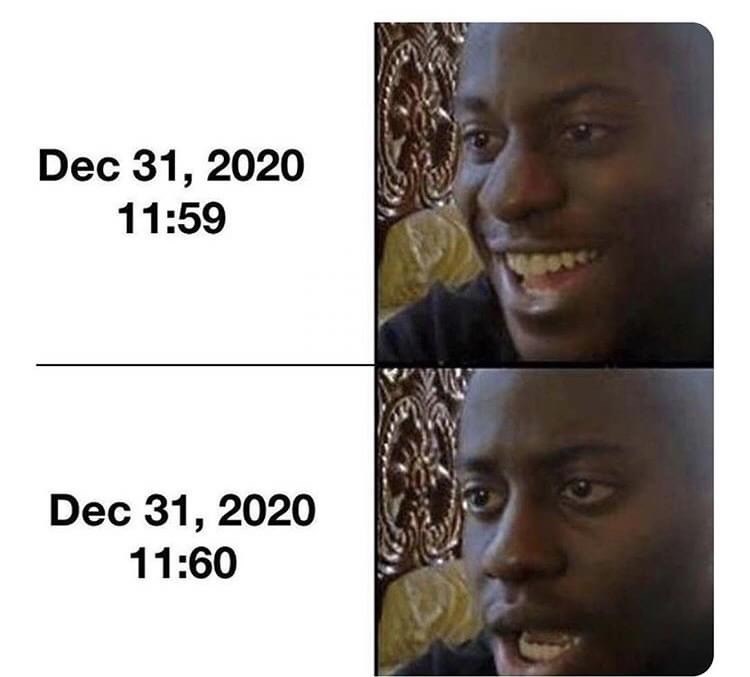 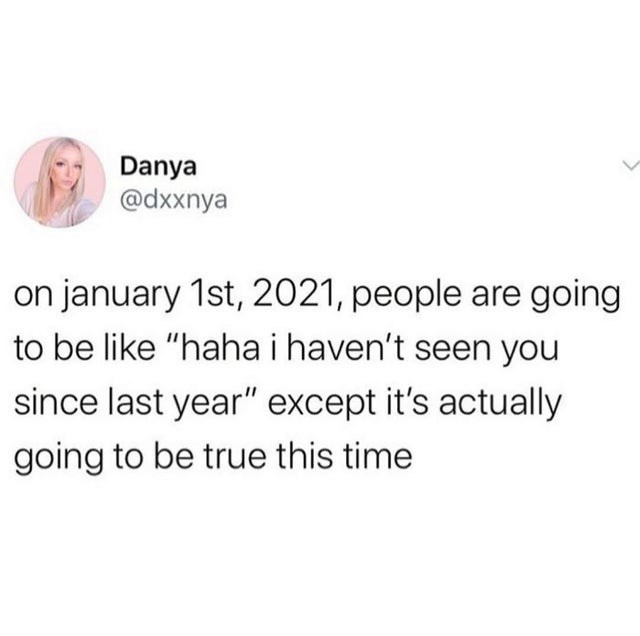 They've got a point.