My Best Slammer Got Confiscated! 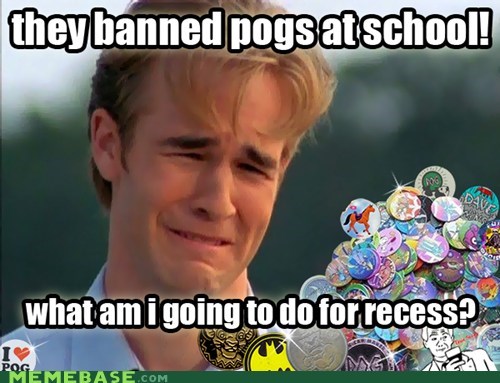 PROBLEM: pogs got banned at school because it was similar to gambling, ultimately were confiscated if you were caught playing them. ANSWER: magic the gathering! funny thing is you could still ante up with magic... unfortunately magic was way more sophisticated and not received by all = less exploitable. and magic just didn't have the poker chip/treasure trove feeling pogs had when you won!

I Ran Out of Bubble Tape! 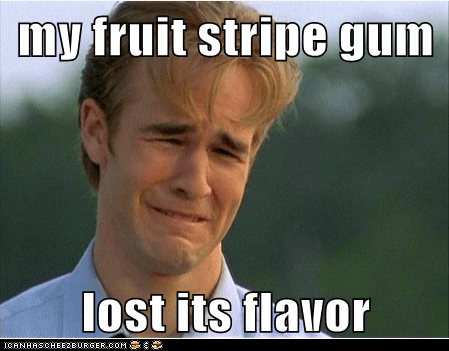 No One Was Kind, They Didn't Rewind 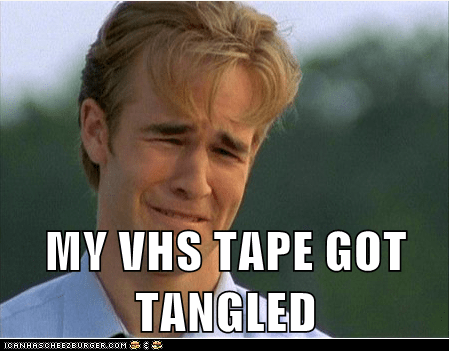 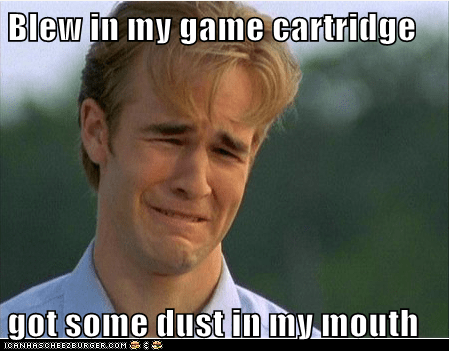