It's called a Murmuration and it's beautiful.

Watch A Group Of Robots Frolic And Play (7 GIFs)

The word 'robot' generally has negative connotations attached to it, but MIT's mini cheetah robots are absolutely adorable. MITBiomimetic Robotics students recently took the dog-sized robots out for a play on the university lawn, and the result was way cuter than we expected. The robots aren't designed to just be cute and play soccer - they were built with the purpose to save lives with elderly care, deliveries and emergency response.

The mini cheetahs can run up to 5 miles per hour, flip themselves over if fallen, and they're relatively cheap to make and repair. Controlled with remotes, the agility of these robots has not been seen in robotics before. The next hurdle for the team is to build cameras onto the robots, enabling them to walk around without being remotely controlled by humans. But for now, they're delighful to watch. 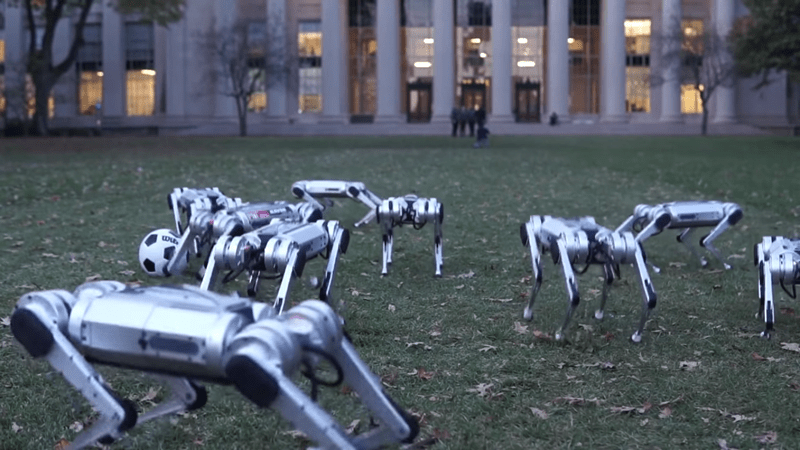 I Could Stare at This For Hours

A recent video on the internet has gone viral, after a baby elephant was caught on camera jumping into the water to save a man that appeared to be "drowning." While the man happened to be swimming, and he was originally terrified to see the large animal rushing towards him, he eventually realized its intentions.

The baby elephant arrived and protected the man from the current, allowing him to hang onto its trunk and leg as he made his way to the bank. Truly there is nothing in this world like the heart of animals. They are sometimes more human than people can ever be. 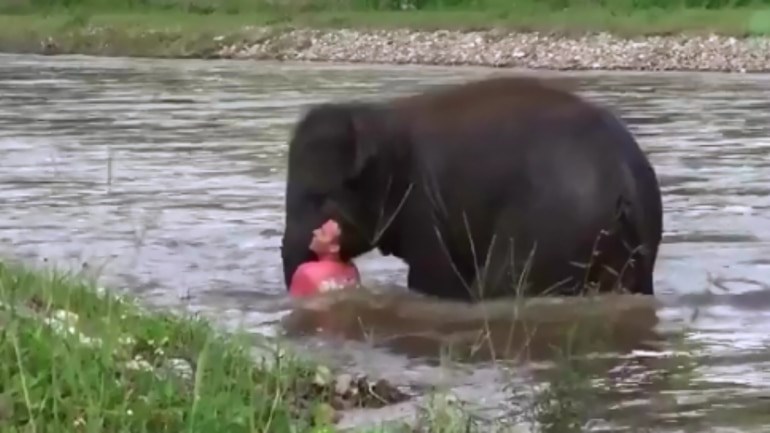