Trump + Putin 2016 is the Presidential Team We Don't Need

They would be horrible tyrants, but boy would that be one hell of a campaign

Not Even Putin is Above the Bunny Ears 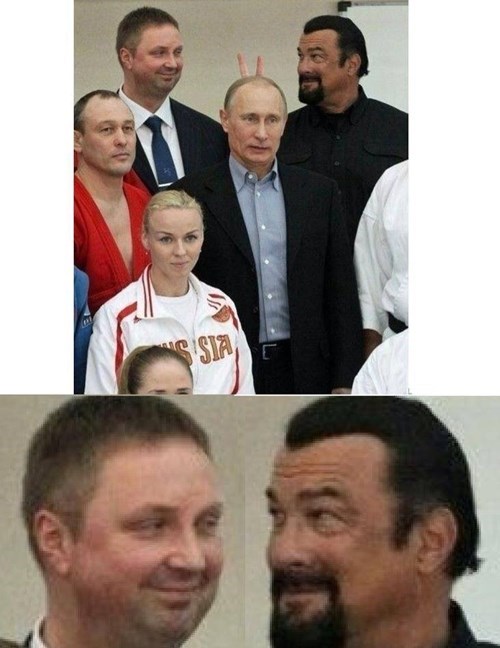 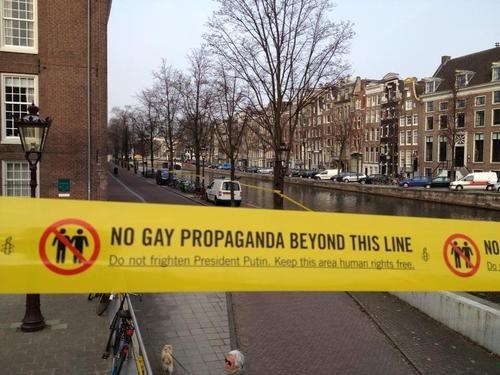 Aяe you hevink pяoblem, Vladdy? On Monday April 8th, Vladimir Putin paid a diplomatic visit to the Netherlands. His visit comes on the eve of Russia enacting a new law which will give out hefty 12,000 Euro fines to anyone who displays "homosexual propaganda" in public spaces. The Dutch, being the socially progressive folk they are, were not happy with this development. Despite their objections, citizens of Amsterdam did their level best to make the bear-wrestling Russian overlord feel right at h

Protest Outside the Russian Embassy in Sweden 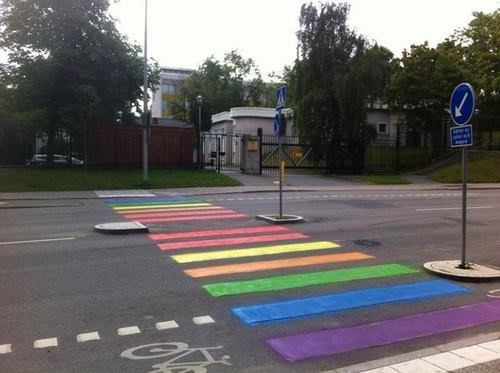 It may not be much, but it's something. And a bunch of little somethings can turn into a big something. 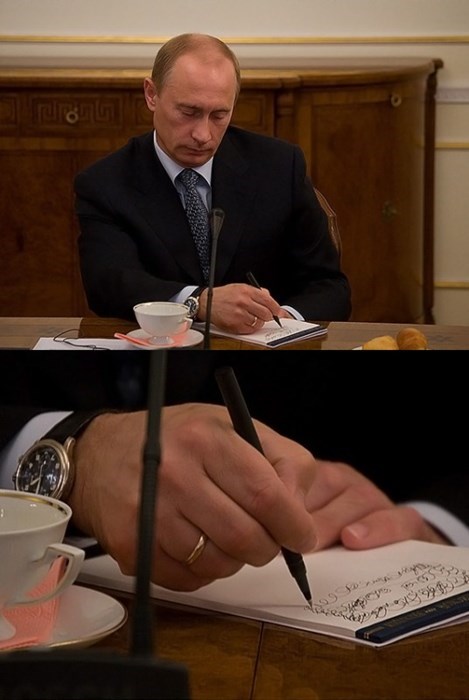 Ukrainian Astronomers Officially Name a Star "Putin is a D-ckhead" 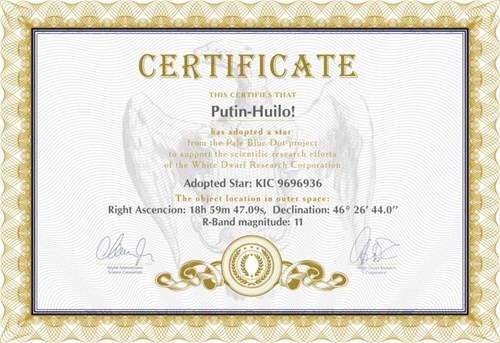 The Kepler Astroseismic Science Consortium has a funding project called the Pale Blue Dot Project, which allows anyone to purchase naming rights to a star for the astronomically (see what I did there?) low price of $10.00. A group of Ukrainian astronomers did just that, and elected to name a star "Putin-Huilo," with "huilo" being Ukrainian slang for "d-ckhead," "a-hole," or "dipsh-t."

The astronomers got the name from Ukrainian Foreign Minister Andriy Deshchytsia's now-famous outburst in June, in which he yelled "Putin is a d*ckhead!" in front of an angry crowd outside the Russian embassy in Kiev. The diss may seem rather pedestrian to the rest of us, but it's rather unique coming from a government official. The Kremlin called for Deshchytsia's resignation after the outburst, to which Deshchytsia presumably replied "lol no."