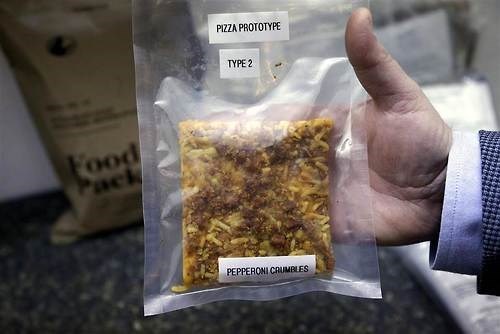 Forget frozen pizza; science has finally created a slice that can last three years on the shelf before going bad.

No, it's not DiGiorno. It's a ready-to-eat meal — known as a MRE — created for the military. In combat zones where field kitchens are not an option, soldiers rely on these meals, which don't need to be refrigerated or frozen. 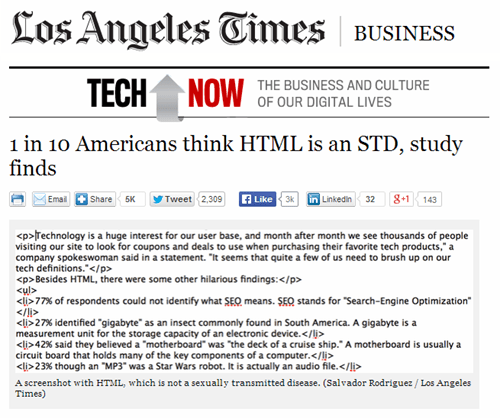 And that wasn't the only sad fact the study found:

- 77% of respondents could not identify what SEO means. SEO stands for "Search-Engine Optimization"
- 27% identified "gigabyte" as an insect commonly found in South America. A gigabyte is a measurement unit for the storage capacity of an electronic device.
- 42% said they believed a "motherboard" was "the deck of a cruise ship." A motherboard is usually a circuit board that holds many of the key components of a computer.
- 23% thought an "MP3" was a "Star Wars" robot. It is actually an audio file. - 18% identified "Blu-ray" as a marine animal. It is a disc format typically used to store high-definition videos.
- 15% said they believed "software" is comfortable clothing. Software is a general term for computer programs.
- 12% said "USB" is the acronym for a European country. In fact, USB is a type of connector.

We smrt tho. Wee promiss.