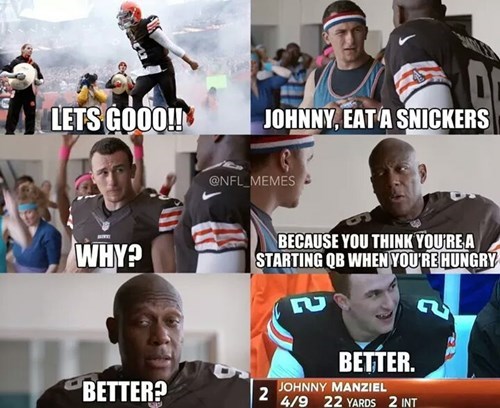 Johnny Manziel Had a Bad Time at the NFL Draft 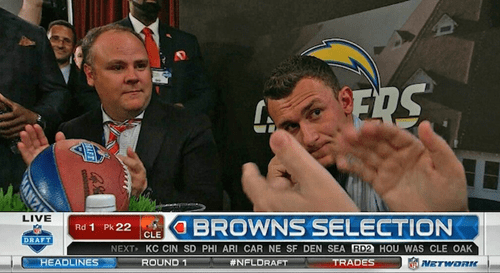 At least we don't have to listen to the phrase "Johnny Jacksonville" for the next decade...

Johnny Manziel expected to be drafted at least in the top 10 during the first round of the NFL Draft on Thursday. Tampa Bay, Minnesota, and Oakland all needed QBs, and they had spots 8, 9, and 10. Even if he didn't get picked in the top 10, it was okay: the Dallas Cowboys would certainly pick him at 16, right? Right? Nope. The top 10 came and went, Dallas picked OT Zack Martin at 16, and Johnny Football was left wondering if he'd be this year's Geno Smith.

To add insult to injury, #BeforeManzielGetsDrafted and #SadManziel cracked the worldwide Twitter trends before Manziel got picked, further confirming that you always count on Twitter to dump salt in a wound.

#BeforeManzielGetsDrafted and #SadManziel are the top trends on Twitter. Twitter, you're a harsh, harsh little world pic.twitter.com/BehKTGL5uK

Finally, after watching his stock drop with every passing pick, Cleveland traded up to pick Manziel at 22. Congratulations, Johnny! Now that you're going to Cleveland, LeBron has some friendly hometown advice for you: 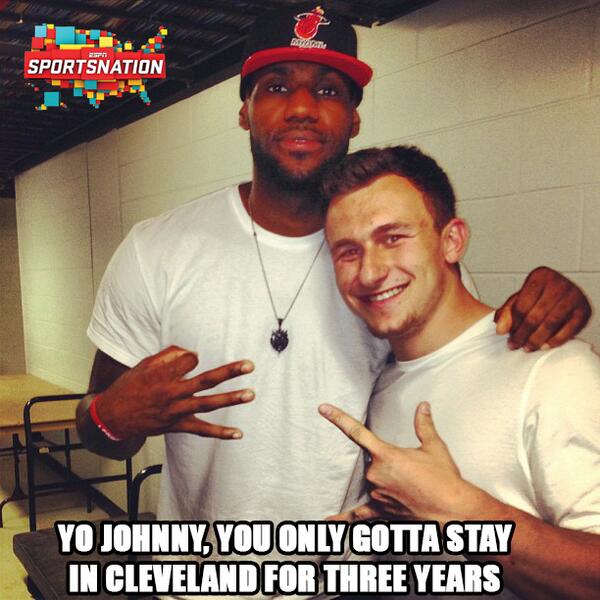 Johnny Manziel Misses a Layup at an NBA Game

How Do You Not Know Where Johnny Manziel Played?