New Yorkers Are Gonna Be All Over This! 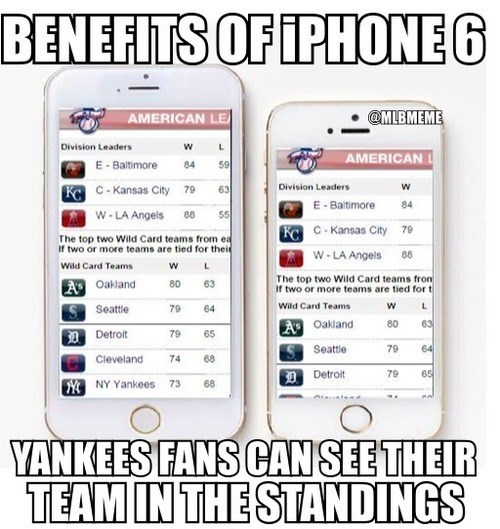 And Brandon Crawford Won the World Series With Them in 2012 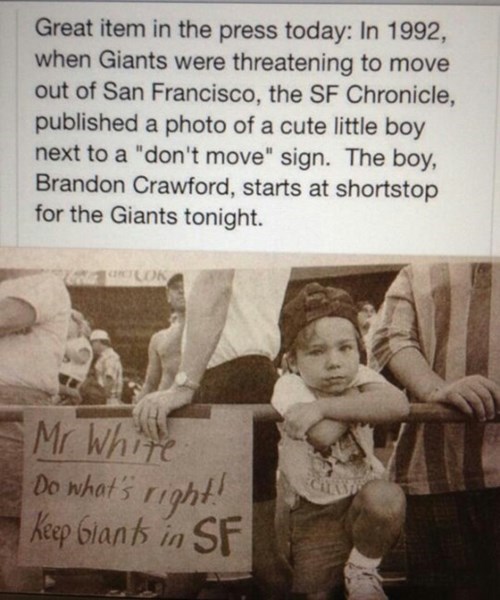 Spiking the ball is usually done in a different sport Raburn, but good hustle. Check out a full video of the play here.

This Catch Should Have Never Happened

Just Stick to One K, No Matter How Many Ks Dice-K Gets 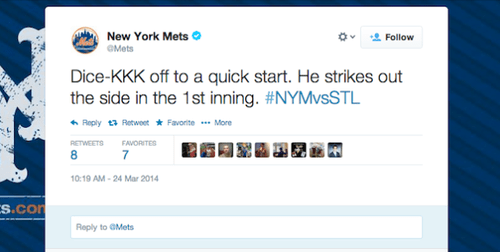 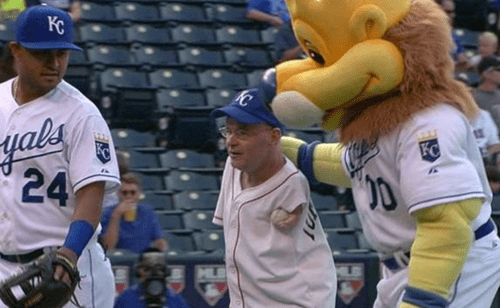 Tom Willis is a 50-year-old Kansas City Royals fan who was born without arms. But he wasn't going to let a silly thing like that stop him from throwing out the first pitch at a Royals game against the Minnesota Twins. Not only that, his first pitch was 10 times better than the dinker that 50 Cent threw back in May.

Yankees Fans Think They're Only Booing a Cardboard Cutout of Robinson Canó... Until the Real Robinson Canó Steps Out From Behind It and Greets Them...

Robinson Cano Signs a Huge Deal With the Seattle Mariners 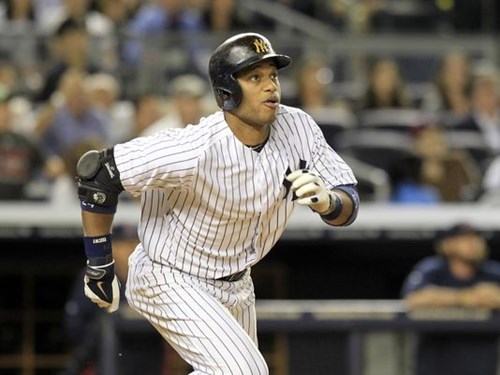 The Mariners signed Robinson Cano to a 10-year, $240 million contract, ending his tenure with the Yankees. Negotiations were done between the Mariners and Jay-Z, (yes, that Jay-Z) but were almost halted when Jay-Z wanted the Mariners to add a tenth year to the nine year deal they had already spoke about. It didn't matter though because the Mariners caved because they desperately need a big bat in their lineup after watching nearly everyone on their team bat lower than .250 on a consistent basis.

Excuse Me, I'd Like to Ass You a Few Questions

You Don't Need to Know Baseball to Appreciate This Great Evasion