To give you a frame of reference:


"Any drive over 400 feet is noteworthy. A blow of 450 feet shows exceptional power, as the majority of major league players are unable to hit a ball that far. Anything in the 500-foot range is genuinely historic."

And anything over 600 feet is a lie made by old-timey strongmen, print journalists, and radio announcers before home run distance was tracked as a statistic.

Surprisingly, Stanton didn't even make it to the final round, where Oakland A's OF Yoenis Cespedes claimed the Derby crown for the second year in a row. 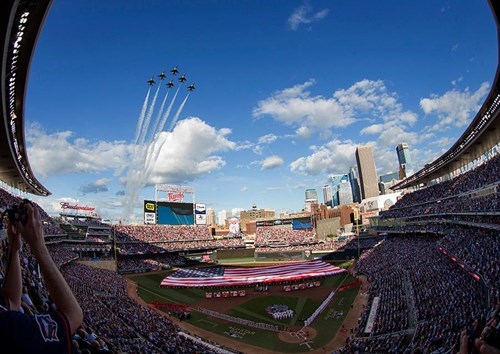 There's nothing quite like six Freedom Dispensers flying in formation over America's pastime.