It Took Twitch 43 Straight Days, but It Beat Dark Souls 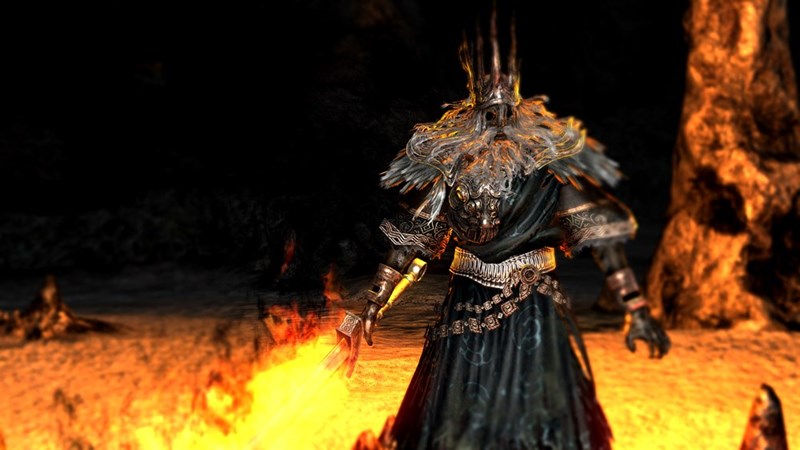 With over 900 deaths and and over a month spent on the endeavor, the community of Twitch has vanquished Gwyn, thus beating Dark Souls.

It took them a while to figure out. For a very long while, it looked like this:

But, as Kotaku details, the community eventually found a system that works:

After a few days of fumbling around, it was decided to change the rules of the game or call it quits. In some circles, this disqualified Twitch Plays Dark Souls from being a legitimate playthrough; it subverted the way Dark Souls plays. They essentially changed it from a 3D action game into a turn-based affair.

Was it cheating? Sure. Was it the only way for Twitch Plays Dark Souls to move forward? Probably. Does that mean their achievements are meaningless? No.

A little later, they beat the game's hardest boss, Orstein and Smough. With O&S slaughtered, it seemed a matter of time until they'd actually beat the game.

That time, as it turned out, was on Saturday. 43 days, eight hours, 14 minutes, and 23 seconds after attempting the nearly impossible, Twitch Plays Dark Souls was able to finally say they'd beaten Dark Souls. They only died 904 times, too!

Naturally, they are already on Dark Souls 2 and it's just as interminable to watch.

Which you can do right here.

On Wednesday, August 19, 'Twitch Plays Dark Souls' actually vanquished the first boss in the game, the Asylum Demon. So miracles do come true!

Catch up on all the (in)action here!

This will surely end well.