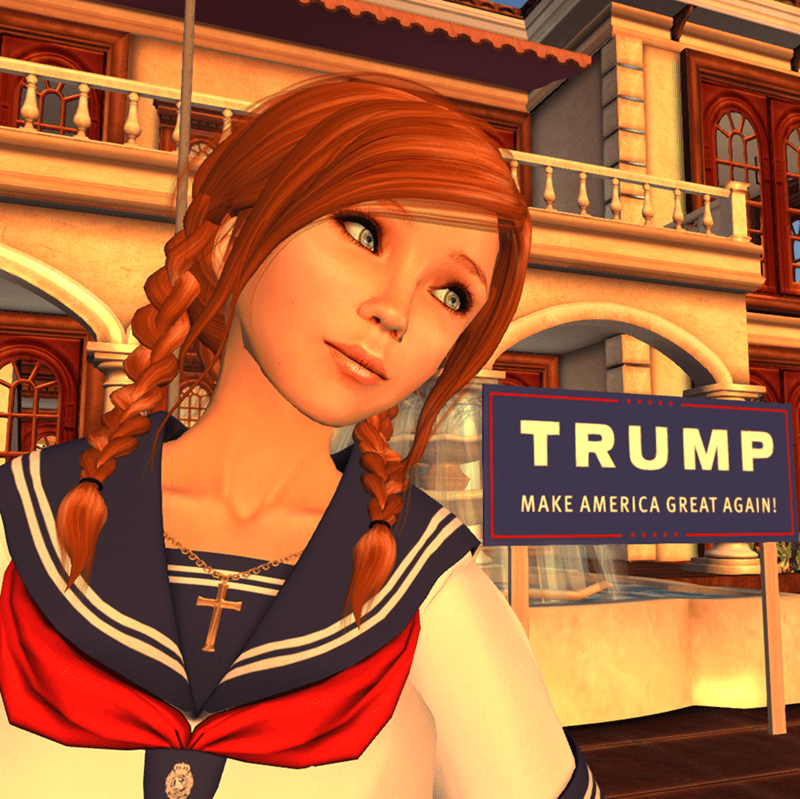 SL Newser- Places went above and beyond recently to confirm rumors encircling the possibility of a Donald Trump manor replica -- Mar-A-Lago -- within the vast deptsh of Second Life. Well, not only did they find the virtualized replica, but they even interviewed the owner, a JP Laszlo. 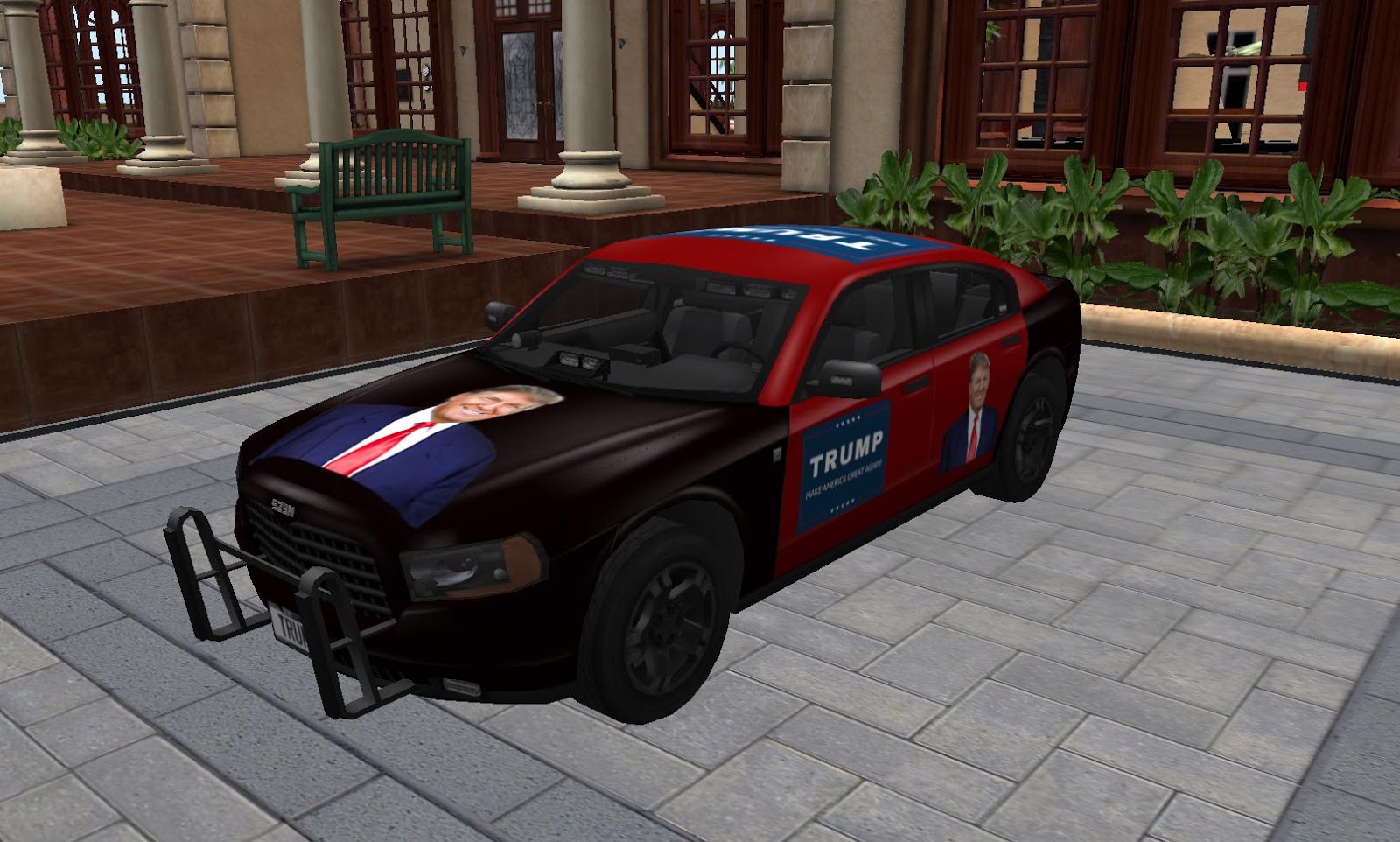 “I went shopping for a house and saw this villa,” Laszlo said. “I had to have it. It was 6k Lindens, which isn’t the most expensive house I’ve ever bought, but it is just right for a plot this size. I said to my friend, ‘Well I have a house in Second Life again, and we have an election going on. How about a lawn sign?’ One thing lead to another. Now I have about eight of the things, two flag poles, and a Trump themed patrol car (laughter).” 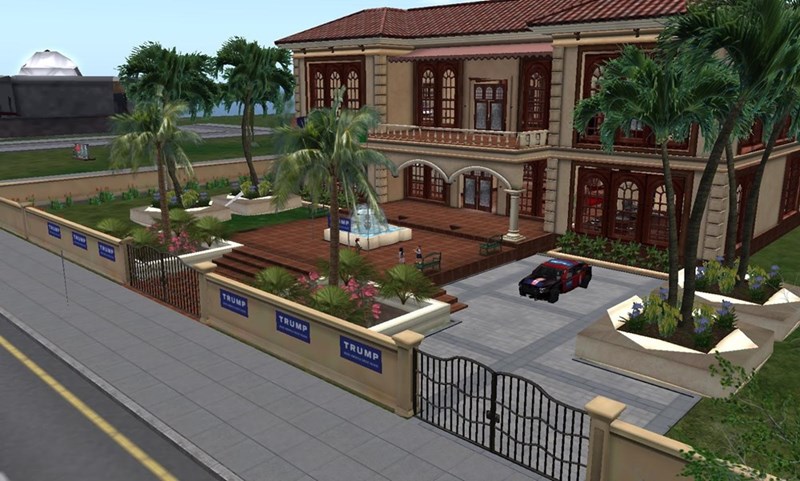 When asked about her plans for the future in Second Life, Laszlo said:

"Things will move forward and we are going to set up a campaign HQ." JP stated she had some spare land. " ... We are going to put an auditorium or a stadium, we haven't decided, we are looking at builds. ... I'm reaching out to people for the spring/summer so we can campaign here in Second Life for Trump, and if they want to contact me just to send me a message. It's gonna be a busy year. (smile)"