Nostalrius to Be Resurrected

The status of Nostalrius, the fan maintained Vanilla WoW server has been a point of contention between Blizzard and fans. Especially so after Blizzard shut the server down at the beginning of this year. In a show of good faith the Blizzard development team met with the founders of the server.

Since, Blizzard has not provided any plans to come forth with a server of their own. A move that would likely be successful given the success of legacy servers in other games, such as Runescape. Blizzard has stated that "They [Legacy Servers] are something we're taking seriously". Yesterday, following a disappointing silence on the matter from the publisher at Blizzcon, Nostalrius announced their plans to revive the server, calling for a "Legacy community reunification."

The plan is to release the Nostalrius source code to another existing Vanilla server, Elysium, and effectively combine the two communities. The idea being that a unified community might force Blizzard's hand.

We'd love to see Blizzard embrace the Legacy community, but until that time best of luck to those fighting the good fight. 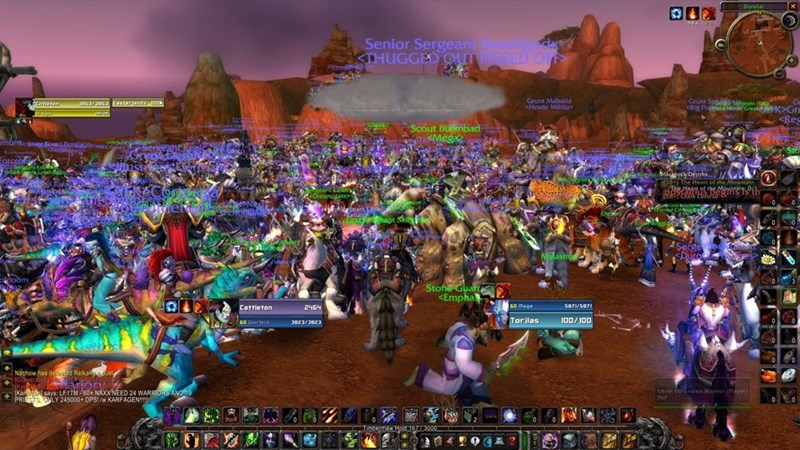 The Nostalrius debate reached its head a while ago when a sh*toload of Vanilla server martyrs banded together in a wild mob to throw themselves off a cliff in a staged outcry of unrest over Blizzard's decision to shut down Nostalrius. See video:

Well, Blizzard, expectedly so, is busy making final preparations with Legion; but that didn't stop them from putting aside some time to play through a dungeon on Nostalrius. Here's what the WoW team of execs had to say about their experience:

“We got to play on the server for a little while,” he divulges. “It's really cool, they did an incredible job of building an experience that feels classic and authentic and that's incredibly hard to do. The painstaking effort it takes to research old videos to try and figure out what the data was because it doesn't exist anymore so you have to pull it out of the nether to put that experience together.

“The leadership team got together and we did a Stratholme run. John Hight [production director on WoW] was a Hunter and had a level eight pet and pulled half the instance, wiped us a few times. It was like, ‘why is the whole instance pulling? Oh it's your level eight pet!’ J [Allen Brack, VP and executive producer] was our priest, he’s like [casting buffs] and then sit and drink for 45 seconds, cast again, sit and drink,” he chuckles. “It's funny, we laugh at all that but it was a very moving experience because it's nostalgic and we all have very fond memories of playing that, that's when we were hardcore and all that stuff.”

Game director Tom Chilton also went on to offer up his take on Legacy servers:

“I think it's something that interests Blizzard and we've always had the thought that it would cool to do a classic server or a Burning Crusade server or a Lich King server or whatever.

“It's difficult to pull off and the real cost in terms of our ability to do stuff for the existing game or our ability to do other new projects would be meaningfully affected if we decided to put our resources behind that. Unfortunately, it's not just the push of a button.” 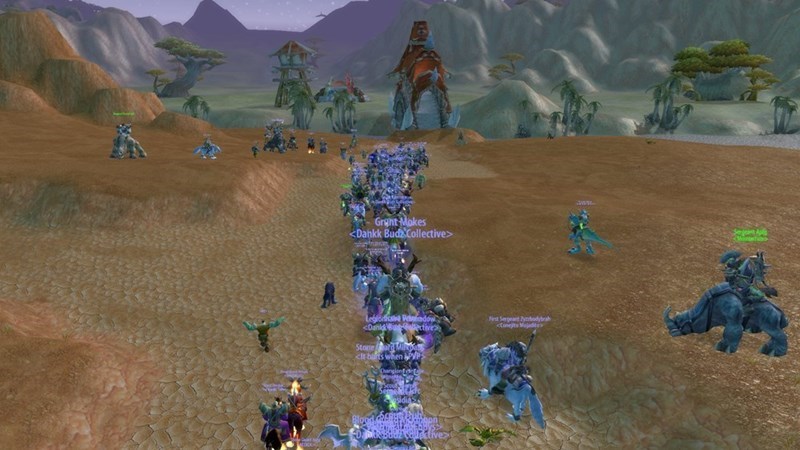 They posted the following series of announcements to their Facebook page on what we can expect as potential developments for Nostalrius server over upcoming days:

The last few weeks have been full of exciting events that we did not anticipate. We saw the first official answer from J. Allen Brack on the topic of legacy servers, the petition reached 250.000 signatures, and we are currently scheduling a meeting at Blizzard campus!

We are very excited to be able to help Blizzard understand the part of their community asking for legacy servers and many other related topics, in the hope that they will eventually make it possible to legally play previous game expansions.

Since these events are major changes regarding the legacy server scene, completely changing our former strategy, we have several announcements today:

A. Ambassadors of Legacy servers

After the answer from Blizzard and the amazing support we received, we feel we are now not only the admins of a private server: We are also the ambassadors of a larger movement for the entire World of Warcraft community that wants to see game history restored. It is a major responsibility. Our top-priority and only focus now is to fulfill the needs of this community, by carrying your voice to Blizzard directly.

B. Nostalrius source code and database won’t be released

We acknowledge the help that the emulation community provided to us by creating MaNGOS and our initial objective was to release part of these sources to help improve the current emulators - without our special anti-cheat and some other critical features.

Our custom anticheat had unique functionalities that allowed us to detect and track any kind of hack / bot in a generic way. We believe the anticheat that we made was able to detect and was able to block all of the known threats, and releasing our code would allow the development of more powerful cheating tools that would be more difficult, if not impossible, to detect. We have spent countless hours to fight people making money from exploits, cheats and traffics: the last thing we want to see now is people getting more money from wow hacks because of us.

Some voices in the emulation scene wanted to legally force us to release the complete source code if we chose to only publish a part of it. As explained above, the anticheat is not something we would reveal in any case.

A second important point is that keeping the sources private could be useful at some point during the discussion with Blizzard. They proposed to discuss together and we want to have all the chances on our side, for the community we represent now.

Furthermore, if official legacy servers were to be released at some point in the future, the emulation would become, in essence, obsolete for our community.

C. A special gift for you

On a side note, the development team has prepared a gift for you. One of the hidden Nostalrius features was the ability to "replay" sequences of the game. This is something that was mainly used to create our videos, but never released to players. We accumulated a few replays of different events that occurred on our PvP and PvE servers, and we are willing to let you replay these magic moments. We are glad to inform you that Nostalrius team is releasing the first "replay" feature for World of Warcraft, and will be available to anyone: a powerful tool for future e-sport event maybe ?

The source code is available here (based on BunnyEmu, credit to their developers) :

Soothing Memes For Avoidance Of Reality