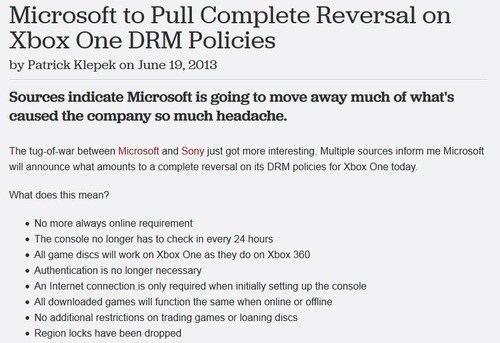 Multiple sources (this one from Giant Bomb) says that Microsoft is reversing many of their decisions. If you go to the news page on Xbox.com the Xbox One Q&A is being updated as of right now. The updated page is unavailable right now but after the news is live straight from the horse's mouth, we will update.

UPDATE - Click here because the news is true. Microsoft is reverting back to the way video games work now. You can lend a disc to a friend and sell and buy used games. Nothing is changing. My one question is can I say that I want to be part of an "online" mode and have all my games be part of the family sharing plan? The one thing I was looking forward to for the Xbox One was having a digital library.

Will You Buy the Xbox One With No DRM Policies?

Giant Bomb user Gold_Skulltulla combined his love with Game of Thrones and Video Games to create this genius list. 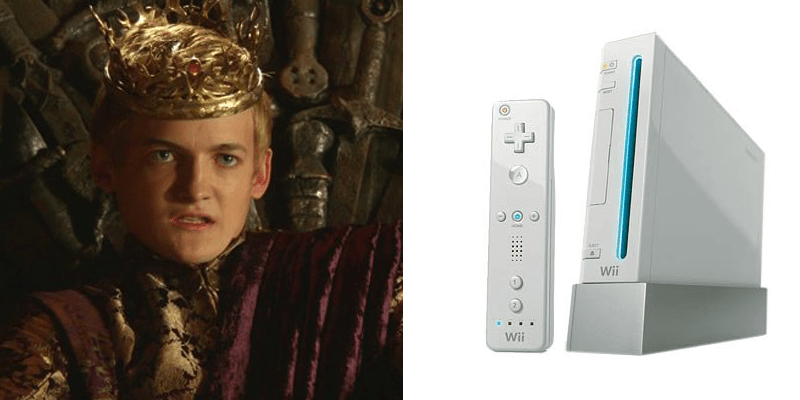 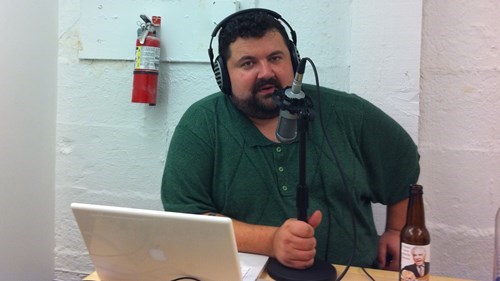 Giant Bomb put out a statement this morning that Ryan Davis died on July 3.

Obviously we're all stunned over here. Ryan was a good friend to all of us. It's odd to remember that, for someone who could be so acerbic at times, and despite knowing him for almost a decade, I honestly don't recall ever actually being mad at him. He had an unconventional type of kindness that expressed itself more strongly the longer one knew him, and despite his teasing nature, he always managed to make his close