The final trailer for Star Wars: The Rise of Skywalker was released yesterday, and damn, we are feeling some feels. The intense trailer left us with chills and watery eyes, but many Star Wars fans are more preoccupied with a shot of a soaking wet Kylo Ren (Adam Driver) approaching Rey in a moody and stormy standoff scene on wreckage of the Death Star. To say that people are acting thirsty would be an understatement. While we don't see the appeal, the thirst isn't hurting anyone. You can read the mouth-frothing tweets and watch the trailer below. 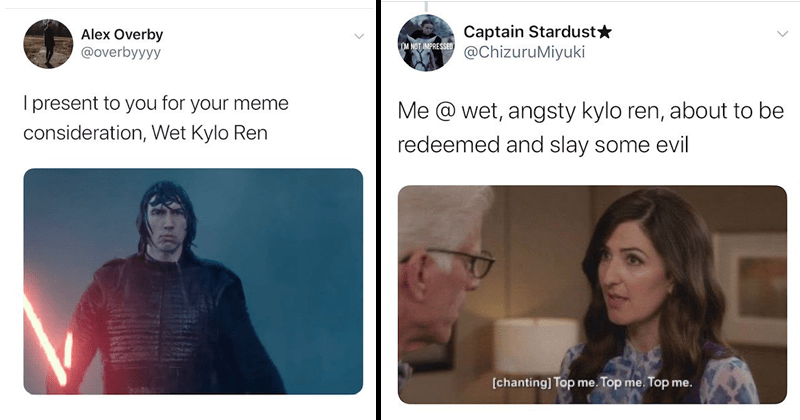