Why did Vibing Cat take months to reach its full meme potential? Know Your Meme explains how this video clip of an adorable white cat was refined into the meme we love today. Spoiler alert: Most memes will do well if they involve cats and sick beats.

If you're not familiar with President Trump's spiritual advisor Paula White, you're about to be. The central Florida pastor has become quite the viral sensation after an election-related meltdown that featured some impressive speaking in tongues. The video, which is from a Wednesday night "prayer sermon," features White begging "angels from Africa" to help Trump and stop votes from being counted.

The impassioned (or crazed, depending on how you're looking at it) prayer and gibberish quickly became a hit on Twitter, where it inspired many users to create their own remixes of the session. While some of them are a bit lewd (WAP, anyone?) others veer towards the innocent and amusing - namely a popular riff that features the famous Vibing Cat meme. While the videos aren't helping ballots get counted any faster, they're definitely a solid respite from from the seriousness of the past couple days. We'll take what we can get. 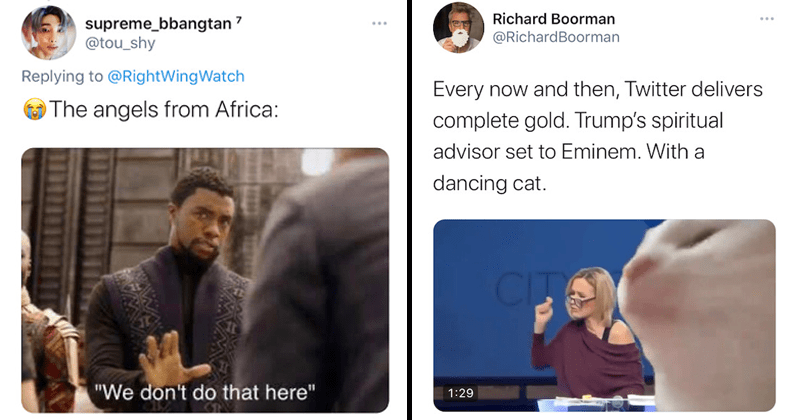 Fourteen 'Vibing Cat' Memes For People Who like To Get Down

As far as dumb meme formats go, this has to be one of the dumbest. We're not really sure how or why it came to be, but it's hilarious nonetheless, so we're not complaining. Know Your Meme's got more info and examples, so check 'em out! 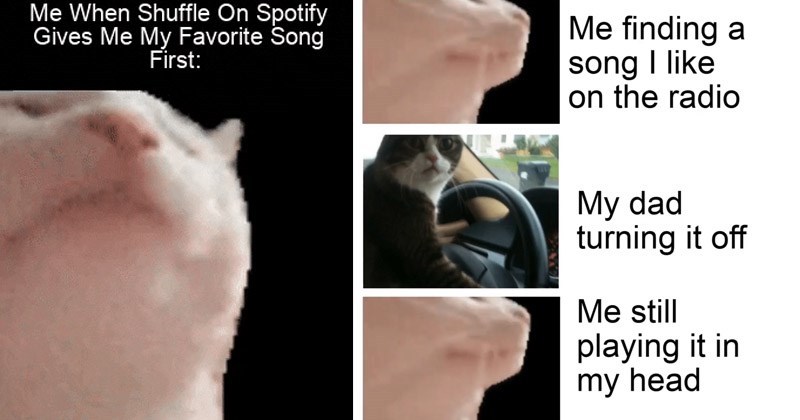