A scammer got trolled hard while allegedly trying to buy a barbecue pit from a lawyer who immediately caught on to his phony payment scheme. The scammer attempted to use a fake check, which would've given the him access to the lawyer's bank account, but instead, trolling hilarity ensued.

(Obvious) moral of the story? Never try to scam a lawyer. 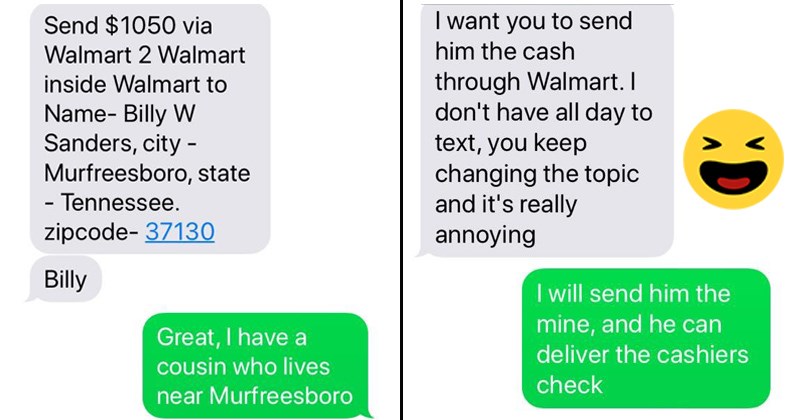 20+ Cringeworthy Moments That Cannot Be Undone