this is such a haunting photo

"This Is Such A Haunting Photo" is a parody meme based off of News Anchor Eylon Levy's tweet showing a photo of British Prime Minister Theresa May crying after her resignation. We don't want to get too political and take sides here, but let's just say that May isn't exactly liked by many people.

Thus, a new meme was born which features an image of a famously bad person with a similar caption to the one Levy tweeted. Kind of brutal? Yes. Hilarious? Definitely. 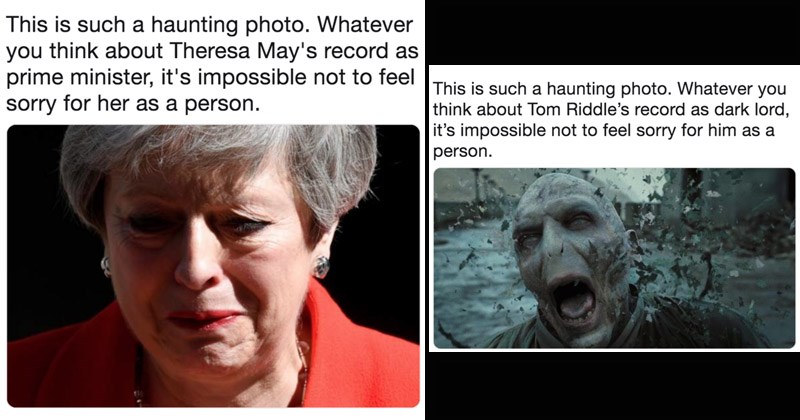