Twitter user Babyshoujo really hit the jackpot during a visit to the aquarium the other day. After she snapped a pic of a starfish that appeared to have quite the thicc ass, people on Twitter began noticing its resemblance to Patrick Star from Spongebob. And of course, as is custom, people have begun "Thicc Starfish" creating memes and absolute photoshop masterpieces that we honestly can't get enough of. 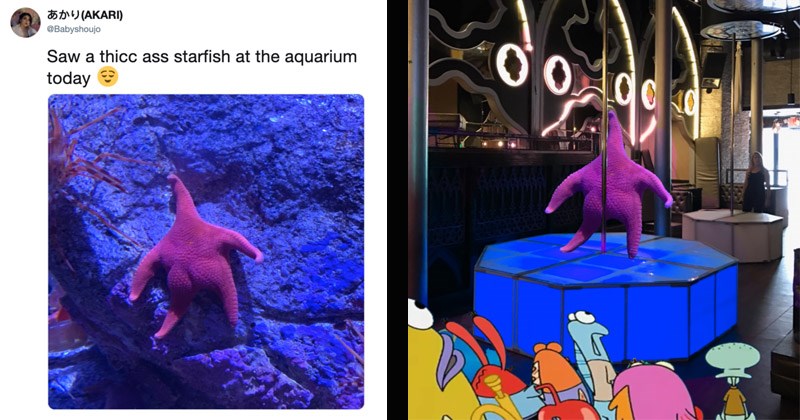