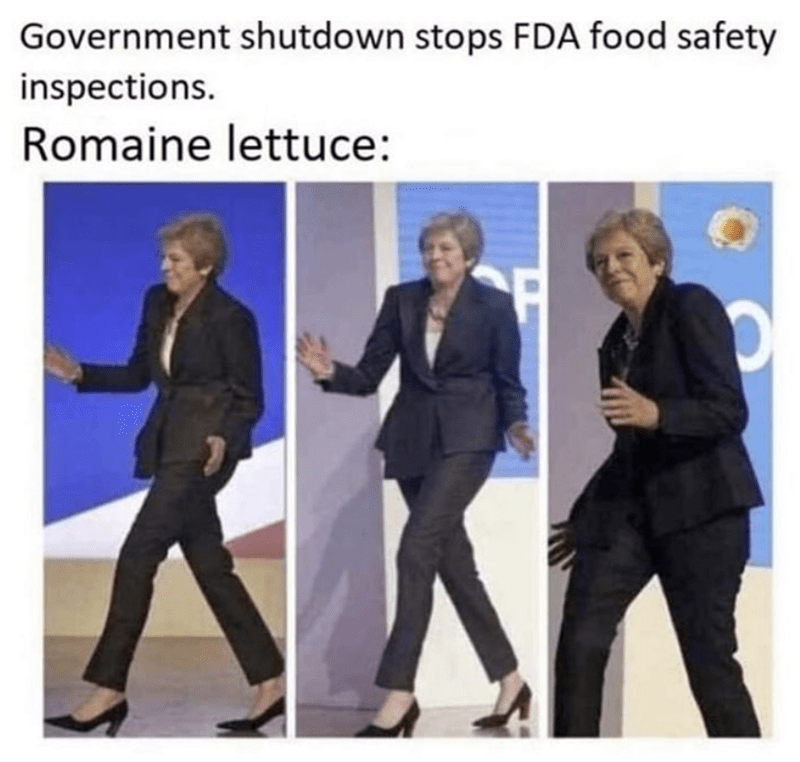 This is just what the romaine wanted us to do.

These Theresa May Memes Are Awkwardly Dancing Into Infamy

Earlier this month, English British Prime Minister Theresa May caught our attention while awkwardly dancing to ABBA's "Dancing Queen." This was not the first time that May went viral for her dancing, but these photos from her appearance at the UK Conservative Conference definitely win most meme-able. It's taken a couple weeks, but this meme format has become nearly unavoidable - a great representation of when people just march on in a way that is very entitled, sneaky or downright stupid. 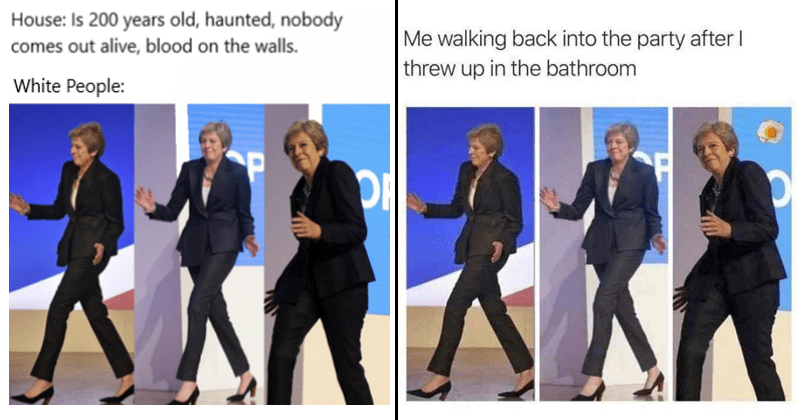