Taco Bell's Bringing Back Potatoes & The Internet Is Rejoicing

Taco Bell made a lot of enemies last year when they removed some serious key players from their menu. Among the cruelly scorned menu items were their potato dishes, which were an important and beloved option, especially for Taco Bell's vegetarian and vegan diners. The move was widely criticized, and led to a lot of angry posts on Twitter and the r/tacobell subreddit. Today, the fast food brand announced that they are bringing our precious potatoes back on March 11th. While that may seem far away, it's the light at the end of the tunnel that many dejected Taco Bell lovers have been looking for. The good news has inspired a wealth of happy reactions and memes from fans of the spuds. And while celebrating fast food may seem trivial to some, just think of all the pain we've had to endure over the past year. We'll take any wins we can get. 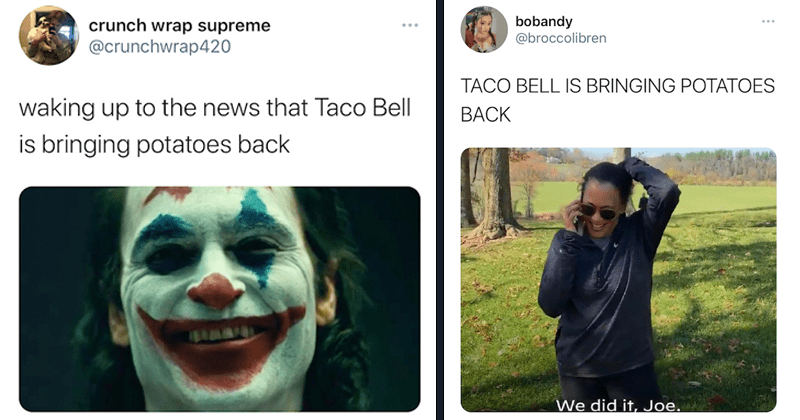