In the words of Tenacious D, "Friendship is rare." And not many people do friendship quite like Sir Patrick Stewart and Sir Ian McKellen. The septuagenarians (and celebrated actors) have shown the general public that they are not growing apart in old age. In fact, many of these photos from the last decade show that they have a whole lot more spunk than people half their age. Many of these photos portray the dynamic duo gallivanting around Stewart's New York City haunts - and having an insane amount of fun while doing so. So try to curb that FOMO and enjoy the pics as best as you can. These charming men make it easier than usual! 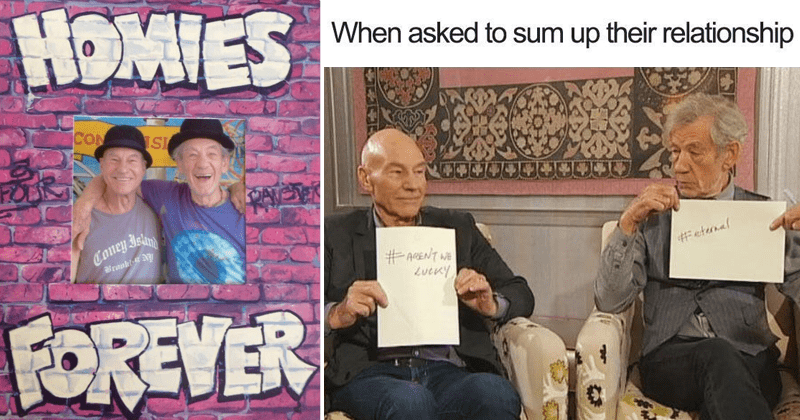