AMC's The Walking Dead is back for its tenth season, and so is a meme that's inspired by the long-running zombie show. We've noticed a whole lot of memes mocking sign fails on subreddits such as r/dankmemes, and according to Know Your Meme, it all started with a poorly thought-out promotional poster. The poster features a door with the warning "Don't open, dead inside" scrawled hastily across it, but the way it's written makes it seem like the sign says "Don't dead, open inside." People mocked the promo for a while on Twitter, but it wasn't until early September that it began popping off in dank meme form. Redditors began pairing the shoddy signs with object-labeling to make it seem like the "wrong" interpretation is threatening the intended message, and they're pretty entertaining. Here are some of the best we've seen, but the evergreen nature of the meme makes us think there will be many more to come. 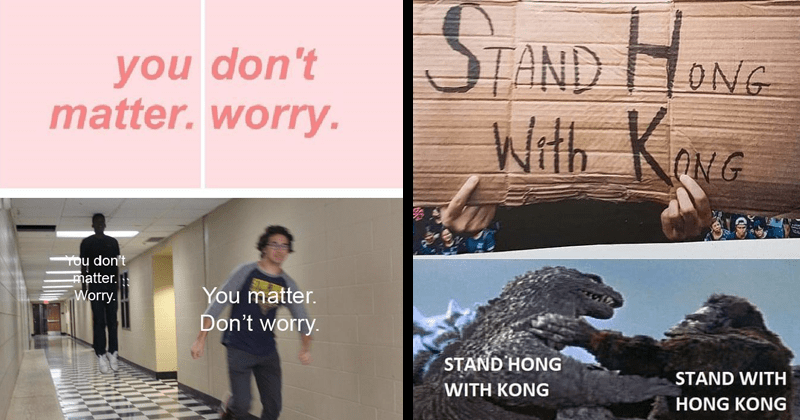