This trending Twitter meme was inspired by a tweet written by @matt_digs, telling people to "stop talking sh*t" about different major US cities. The tweet of course, was used sarcastically to talk sh*t about Philadelphia. People have since used the format to throw shade at various things, from football players to eSports. 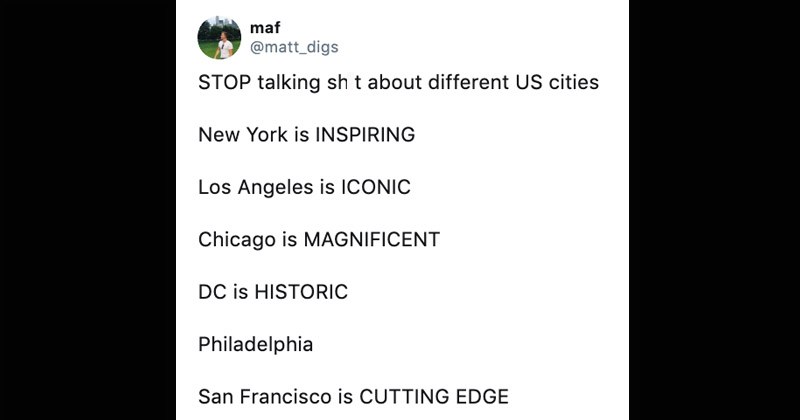