24 'Let's Get This Bread' Tweets For The Risers And Grinders

Twitter is absolutely overflowing with seemingly sad souls tweeting about "getting that bread." The meme surfaced in January of 2017, but only really took off this past summer, after mascot selfies (captioned with the phrase) went viral. It's become something of a mantra on Twitter - a weary mantra repeated by everyone who feels they are in the struggle of working hard for negligible rewards or satisfaction.

It's not surprising that many of these tweets are accompanied by SpongeBob memes. We've put together this collection of baguette-seizing tweets to remind you that you are not alone in this thankless hustle. Bon appetit.

Wait? what was that? Did you hear sumn? Nope must have been the wind. 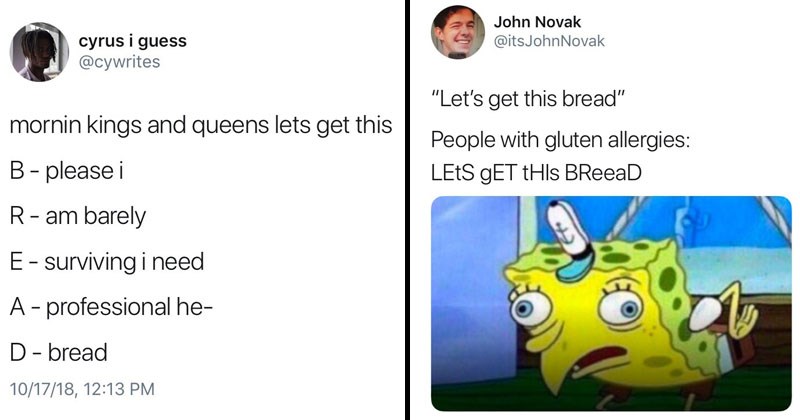