People should never underestimate the lengths someone will go to in order to get out of doing something. The effort may seem antithetical to laziness, but for responsibility-averse people, the result often remains satisfying. This advanced form of avoidance doesn't just bloom with adulthood. It's often a skill that is learned in childhood. And Twitter user @mfpiccolo recently gifted the internet with a thread that proves this scheming starts early. The story is about his niece, who like many other kids these days is attending class on Zoom. It shouldn't be surprising that the experience leaves something to be desired after enjoying ones education IRL. But while most kids have opted to slog through remote learning, this 8 year old decided to hatch a scheme that would leave her free from the oppressive bonds of online education. Her plan didn't just work - it stumped adults for weeks. The 17 tweet saga is so entertaining that Jimmy Kimmel had our little hero (and her mom) on his late night television show. But you don't have to take his (or our) word for it. The whole damn thing can be enjoyed below. 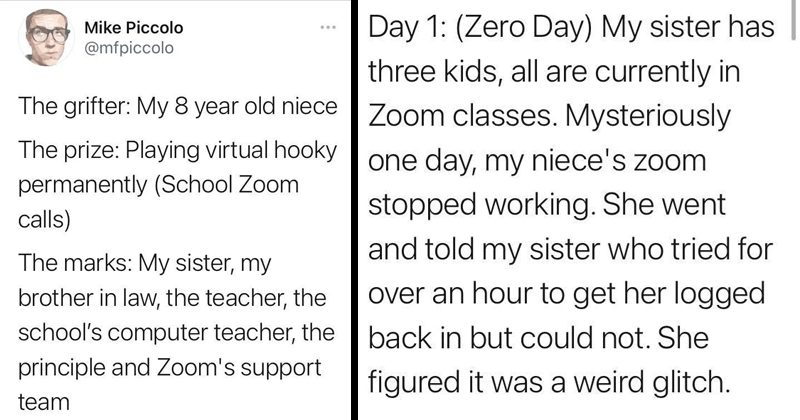 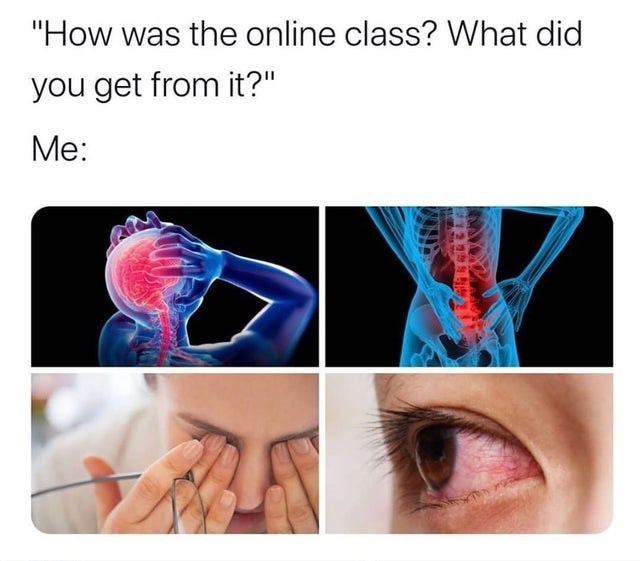 We see you, remote learners. And we feel for you.