Everyone's Tweeting About Getting Drafted In WWIII

Last night U.S. President Donald Trump ordered a drone strike in Iraq that killed Iranian General Qasem Soleimani. The decision, which surprised the country, has received quite a bit of hate. More importantly to us, it's inspired quite a few frightened memes. People on Twitter seem to be meme-ing their concern regarding whether or not they'll be drafted in the hypothetical WWIII Trump started. While the jokes are providing endlessly dark and honest entertainment, the scary truth is that there's always a bit of truth in a joke. Here's hoping we all make it out unscathed. 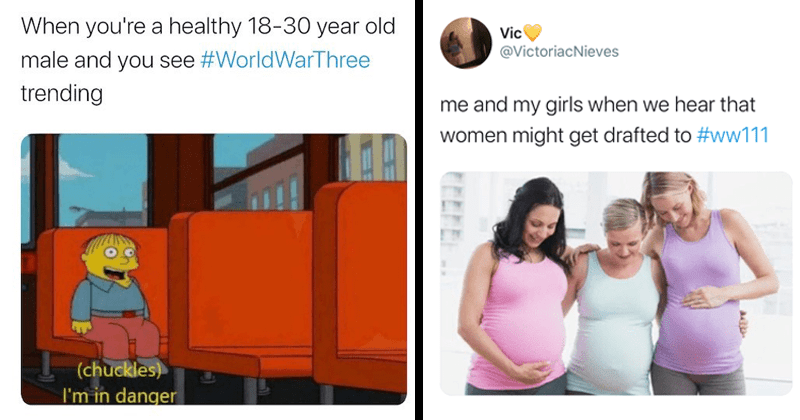