As a kid who grew up poor, I always dreaded my school's "Pajama Day" There was never a greater indicator of economic differences beyond, say, sneakers. My threadbare Garfield nightgown was terribly embarrassing, and I felt awful standing next to the girls with matching two piece Aladdin-themed sets, or even Barbie. I thought that my days of thinking about pajama day were long gone, but the topic has become quite the a meme on the r/dankmemes subreddit and beyond. These memes seem to be more focused on "the kid who sleeps naked" than anything else, and the image of kids rolling through school naked on Pajama Day makes the meme's success pretty understandable. 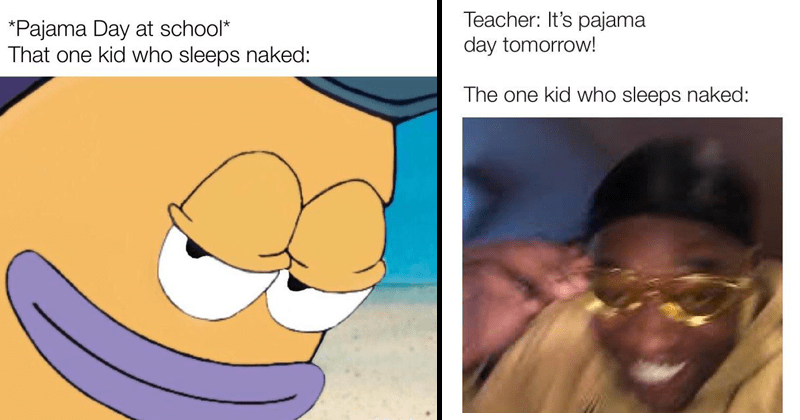 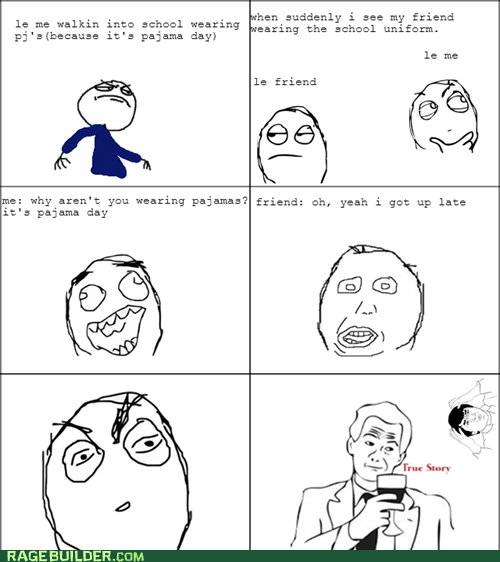