Willem Dafoe Sacrificed A Lot In These Dank 'Spider-Man' Memes

You can almost hear Willem Dafoe's voice when you see this meme, which comes from the 2002 Spider-Man film. Check out more about it at Know Your Meme!

And lastly, if you know anyone with a creepier, more demonic-looking face than Willem Dafoe, please let us know. Or maybe don't... 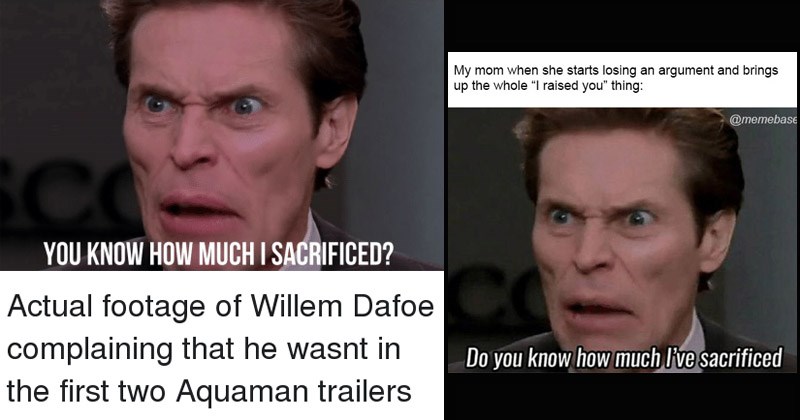 Norman Osborn: Father, Industrialist, Supervillain...meme? Osborn's been a meme since the summer of 2017, when the "You know, I'm something of a scientist myself" screenshot started to get abused on Reddit. The meme is seeing a bit of a renaissance right now, with redditors on r/dankmemes blacking out the quote to form new messages, basically the same idea as the Man of Culture memes that were so popular last year. We've rounded up some choice specimens. Because, you know, we're scientists. 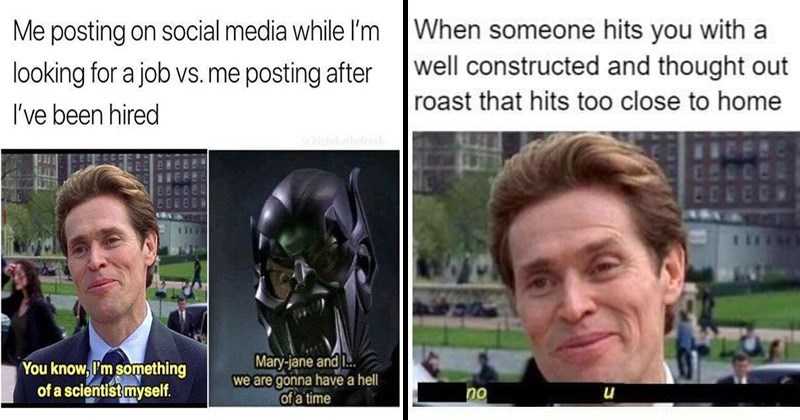