'Ms. Monopoly' Is Getting Backlash For Being Misguided (17 Reactions)

We never thought we'd see people get so worked up over a board game, but here we are.

Where the game gets controversial is the rule that female players must make more money than their male counterparts, which many Twitter users have been calling out as "sexist" and counter-productive to actual gender equality.

Below are some of the amusing Twitter reactions and memes in response to Hasbro's launch of the new game. 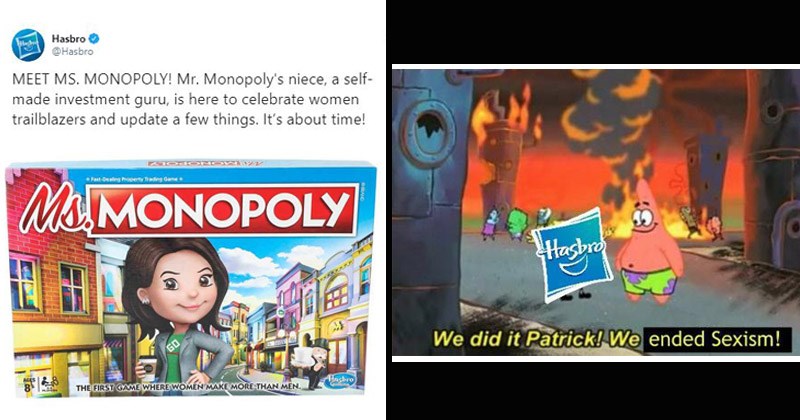