It's already been a couple weeks since the PBS show 'Arthur' caused major ~controversy~ with an episode featuring a gay wedding. The wedding, which takes place in the show's premiere, features Arthur's teacher, Mr. Ratburn, marrying a male aardvark. Many conservatives were displeased, and Alabama Public Television straight up refused to air the episode. An article regarding the Alabama decision referred to the rodent nuptials as a "gay rat wedding," inspiring tons of Twitter memes. Weeks later, the joke's strength has grown. Here are some of our favorite iterations of the meme - but we're willing to bet we'll see more. 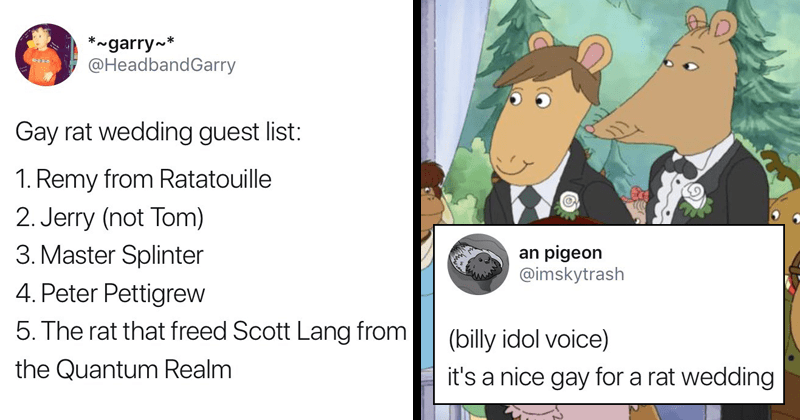