Keanu Reeves memes are popping up all over the internet. His appearance at E3, tragic past, and roles in beloved movies such as John Wick have given him a wholesome hero status, at least on the internet. A new crop of memes is adding some weirdly cute and decidedly dank edge to this role. The memes rely on a photoshopped image of the actor that makes him look extremely short, and it's being used in some seriously hilarious and relatable ways. 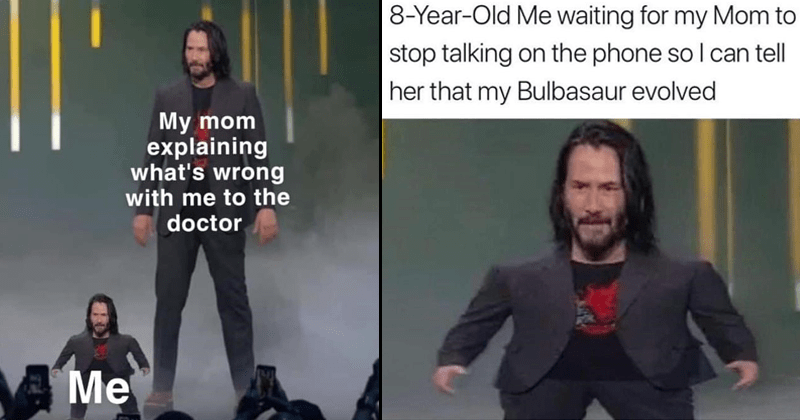