A corny motivational tweet about self care has morphed into an insane Twitter meme rife with film, television, and even fandom references. While some of the jokes can be repetitive (people seem to love riffing on Parasite and Midsommar in particular) the general theme of slowly letting people in on a joke is universally fun. We're also in support of anyone willing to mock internet influencers who think their motivational tweets are remotely deep or revolutionary. 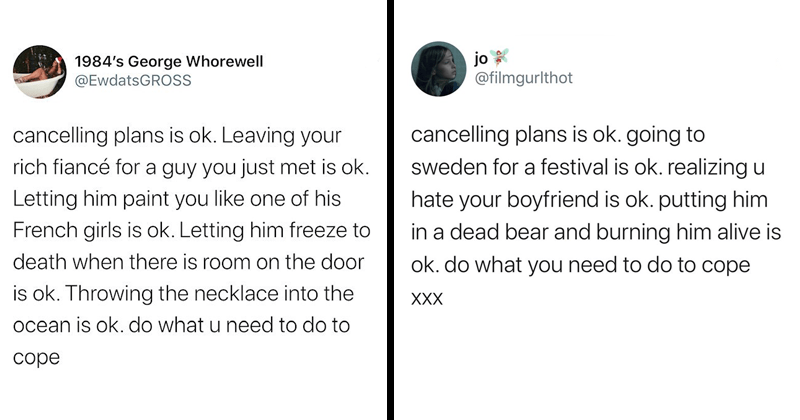