Dank Memes That Challenge The Notion That Video Games Cause Violence

While the nation mourns the lives lost in El Paso, Texas and Dayton, Ohio, politicians and the media continue to find ways to insist that guns don't kill people, video games do. President Trump jumped on the bandwagon during his national address yesterday, condemning the "glorification of violence in our society. This includes the gruesome and grisly video games that are now commonplace." The sentiment is frankly outrageous, and has zero evidence to back it. The inevitable backlash began on Twitter, with the #VideoGamesAreNotToBlame hashtag, and quickly grew to include memers in the r/dankmemes community. As of yesterday, the informative memes (some include graphs) have been hovering at the top of the page. Here are our favorites. 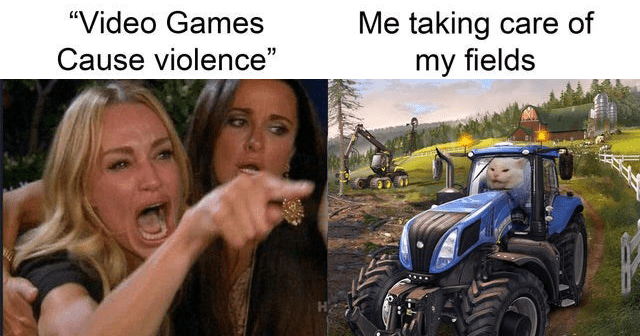 35 Silly Shitposts For Your Viewing Pleasure

If you like dumb memes and you have way too much time on your hands, this gallery is for you! You're in even more luck if you're a Spongebob meme aficionado. This batch is overflowing with everyone's favorite sponge! Check out even more Spongebob Memes here. 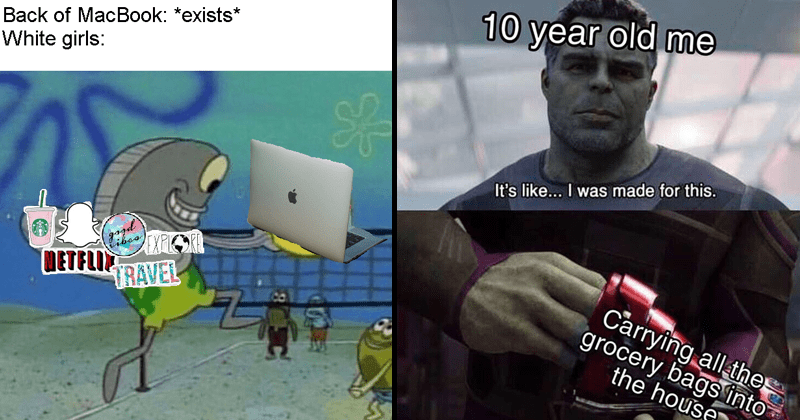 The tragic shootings in El Paso, Texas and Dayton, Ohio have been weighing heavily on the minds of the entire world. Yet again, Twitter is abuzz with thoughts, prayers, and outrage. And, somehow, memes. As the usual gun control debate raged on, one pro-gun individual decided to defend their right to owning an assault weapon by using the most insanely specific and seemingly satirical example ever. William McNabb went absolutely viral after tweeting "Legit question for rural Americans - How do I kill the 30-50 feral hogs that run into my yard within 3-5 mins while my small kids play?" in response to an anti-assault weapon tweet from Jason Isbell. Sure, maybe feral hogs are an issue for a very small percentage of Americans, but the notion of having to kill 30-50 of them in 3-5 minutes is...shockingly hilarious. The rest of Twitter seemed to agree. This "feral hogs" tweet was meme'd in no time, spawning numerous parodies and memes. And this is a collection of our absolute favorites. 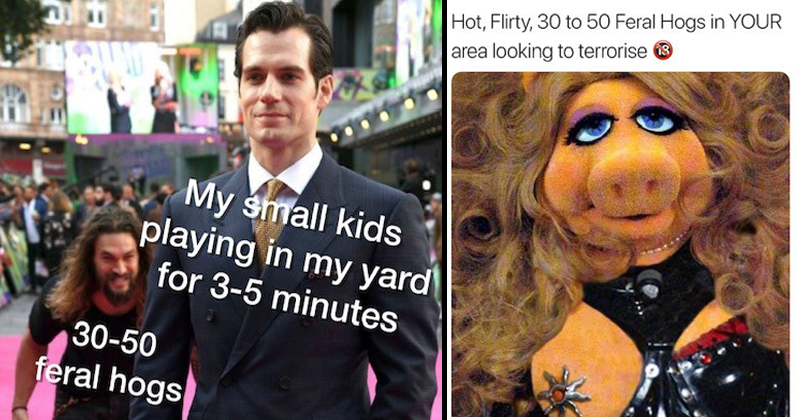