Here's an interesting bit of historical trivia: George Washington helped raise step-children from wife Martha Washington's previous marriage, but the two never had biological children since George was likely left sterile after a bout of smallpox. Of course, we're pretty sure George was incredibly sad about this too, but these memes paint him as absent and Martha as baby-crazy. Despite their historical inaccuracy, we found them hilarious, and we're pretty sure you will too. 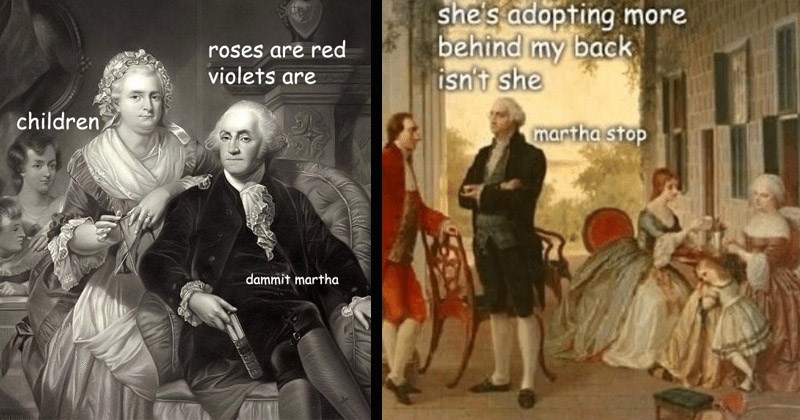 We can't help but love George Washington memes because they make an absolute mockery out of America's beloved and noble first president. The memes take classic paintings of the man himself doing important presidential things, and pair them with rather foolish speech and thought text - probably kind of insulting, but also funny AF! 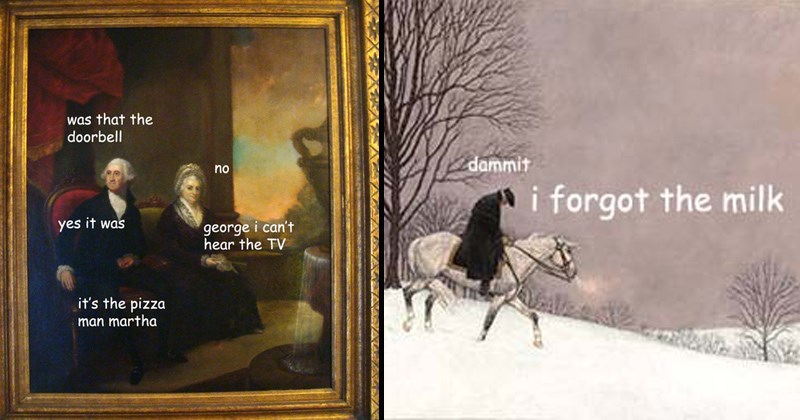 'The Adventures Of George Washington' Memes Are Hilarious Historical Satire 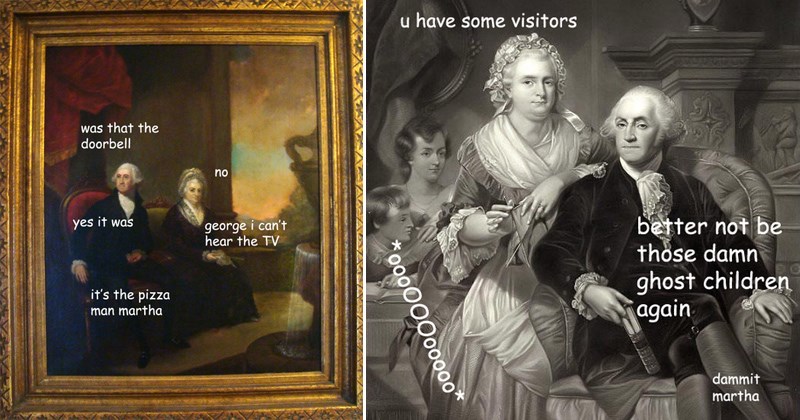 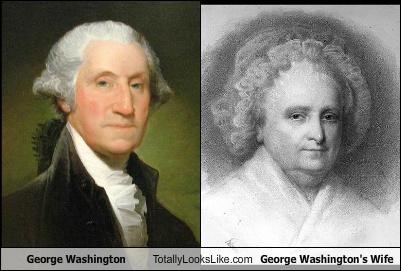