lobsters in the titanic's kitchen

When Twitter user @SpacemanQuisp tweeted a joke about the Titanic's sinking being a blessing to the kitchen's lobsters back in 2011, he probably had no idea that nearly a decade later the concept would become a dank meme. But here we are. The meme, while having seen moderate popularity on Twitter, has surged in popularity in recent weeks - mostly on Reddit. The entire concept is so specific, and so hilarious, that we're really unsurprised that it's absolutely killing. Here are some of our favorite iterations. 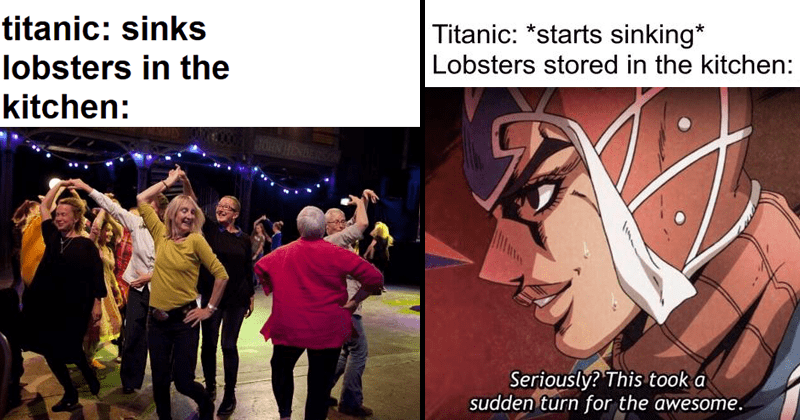