'Kid Holding Fire' Memes Are Popping Up All Over Reddit

We've been itching for a new object-labeling meme, and we're happy to report there's finally one on the scene. Earlier this week this photo of a kid holding fire in front of an amazed teacher started popping up around Reddit's myriad meme communities, and its blown up to a point where we've got enough of the memes to share with you. The memes generally revolve around impressing someone with something stupid or shocking, so they're pretty damn versatile - and pretty damn funny. 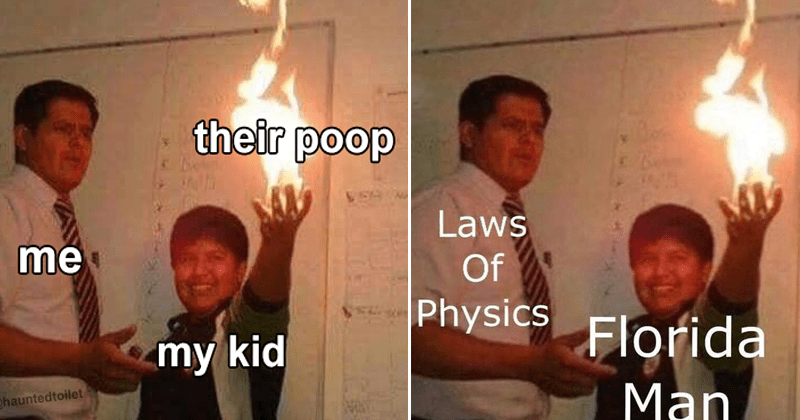