Spider-Man Could Be Leaving The Marvel Universe, Memers React With Disappointment

Deadline reported yesterday that Disney (who owns the Marvel cinematic universe) and Sony had failed to reach an agreement regarding the distribution of income for future Marvel Spider-Man installations - which basically means that Marvel Studios' Kevin Feige would not be attached to any future Spider-Man films. Much to the dismay of fans, this also means there may not be any more Marvel-produced Spidey films. The developments have received criticism from fans and media outlets alike, resulting in fans creating some seriously disappointed memes. We're trying not to get too freaked out by the news, as nothing is permanent. But we're definitely not looking forward to another Spidey-verse. Hasn't the kid been through enough? 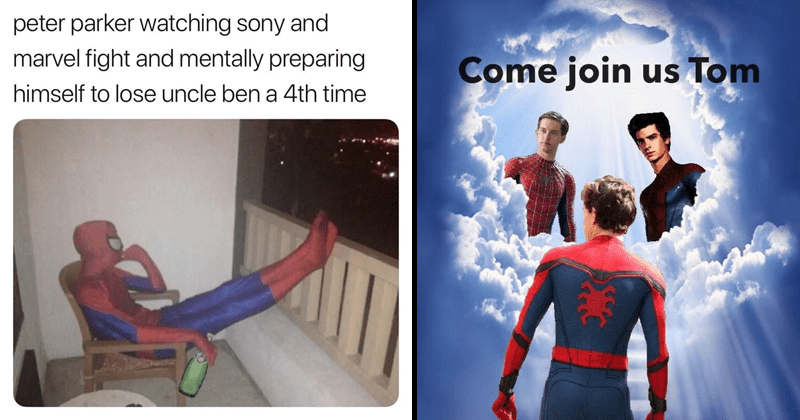