Everyone's favorite protector of animals and destroyer of bad guys is getting a whole lot of meme attention following insane box office numbers last weekend. John Wick 3 nudged Avengers: Endgame from the top of the box office, and lovers of Keanu Reeves, dogs, and actions movies have been showing their appreciation in meme form - mostly on the r/dankmemes subreddit. To pay homage to the defender of canines, we've put together an assortment of John Wick memes, new and old, to satisfy you until John Wick 4 comes out. 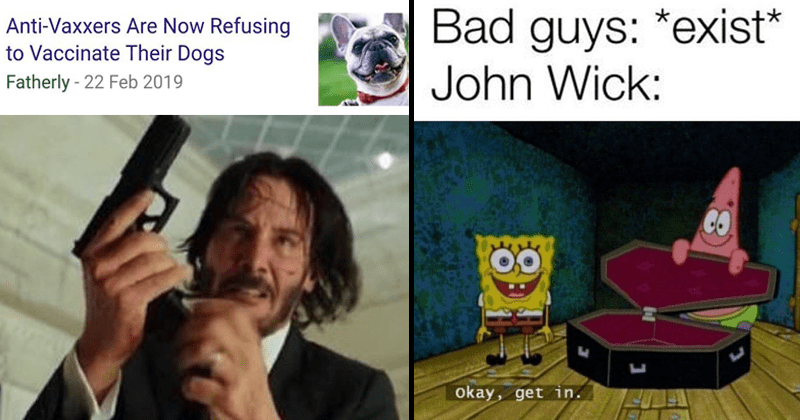