Remember That Ridiculously Attractive Convict Guy? He's Out of Jail and on His Way to a Modeling Career 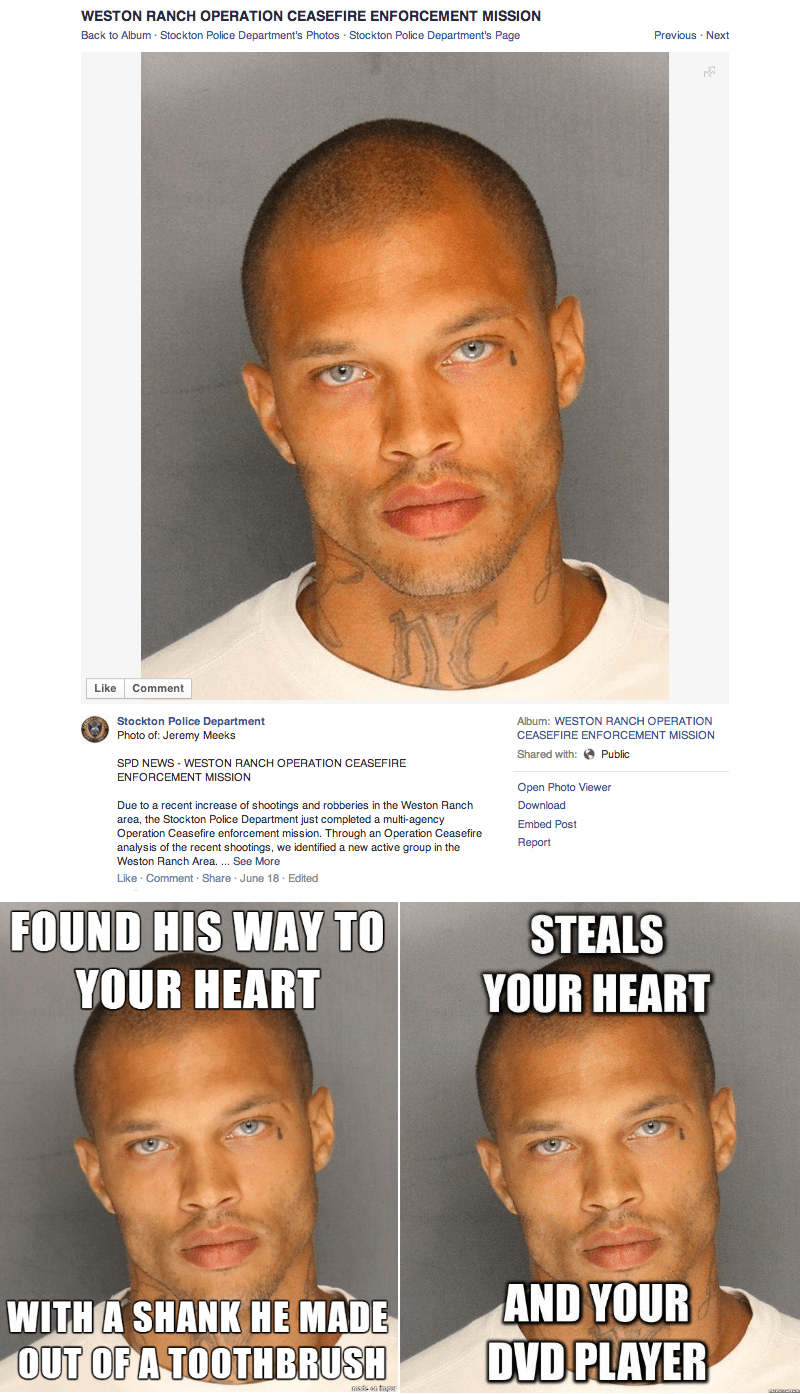 Back in 2014, Stockton, CA police posted a photo of convicted felon Jeremy Meeks to their Facebook page. He had been arrested on felony gun charges, but the internet cared not about his legal troubles, and turned him into a meme. He became the #feloncrushfriday of many, and tons of people photoshopped him into high end fashion ads, suggesting he should become a model. Eventually, Meeks went to prison and we all forgot about him. Until now. 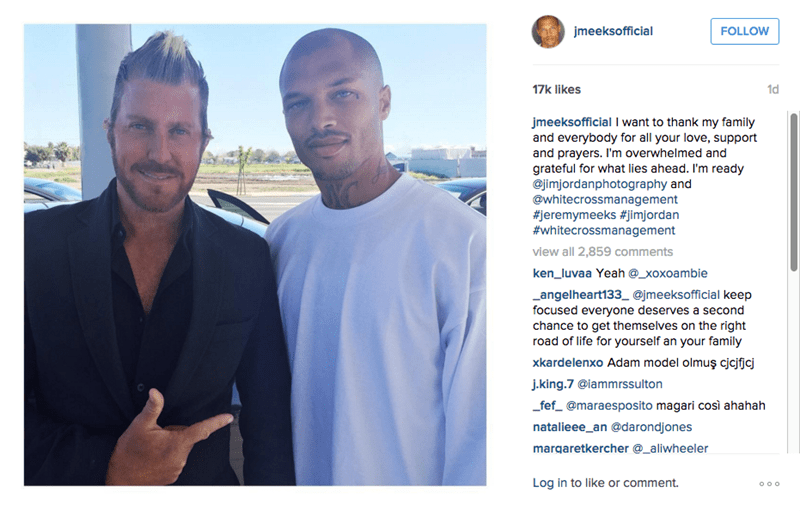 Meeks has been released from jail, and is pictured here with his new agent, Jim Jordan. In addition to starting his modeling career, Meeks is looking forward to spending time with his family, according to his official Instagram.

And my mom says nothing good happens on the internet. Pssh.
Comments

Jeremy Meeks, A.K.A. Sexy Felon, is Taking the Internet by Storm

Coming to a GQ magazine near you...

Remember guys: it's not what you've done, it's how you looked doing it.